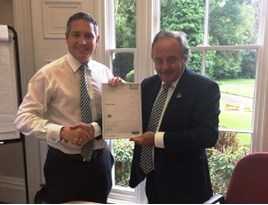 TrustFord finance director advised industry colleagues to ensure that the team around them is motivated and well-developed as he celebrated 20 years with the business, stating “you cannot do it on your own”.

Mustoe joined Ford Retail in 1997 and, over the last twenty years, has seen the business evolve from Dagenham Motors on his first day into the £1.7 billion rebranded TrustFord business.

His career has spanned both roles and locations, having worked in all parts of the UK, starting on a temporary contract and now sitting on the company’s board of directors.

He puts his success and longevity down to keeping motivated and determined and his team-building efforts.

Mustoe said: “The length and happiness of my time at TrustFord have been built on fabulous teams who I have empowered and trusted, having some fun along the way. Develop your team – you cannot do it on your own.”

Mustoe joined the Uxbridge branch of Dagenham Motors after graduating from Brunel University with a degree in Business Administration.

Mustoe was appointed finance director in November 2013, becoming a member of the Board of Directors.

Stuart Foulds, TrustFord’s chairman and chief executive, said: “Stuart has made his mark on many aspects of the TrustFord business.

“He has reached all the profit goals he set in his five-year business plan upon appointment as FD, and has motivated his teams to grow, like he has, both personally and within the company. I am immensely proud of his commitment to his colleagues and customers alike.

“I congratulate him on twenty fantastic years with us, and look forward to his continued contribution to TrustFord.” 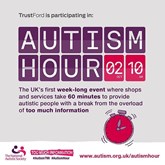