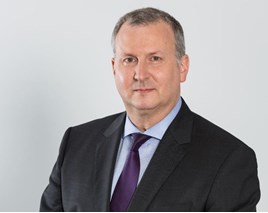 Ramirez’s return to the Japanese element of the Renault-Nissan Alliance will see him assume responsibility for all Nissan’s sales and marketing efforts in the region as of February 1.

Nissan said in a statement that his efforts would aim to assist its ambition drive profitable growth while “progressing the company towards its goal of becoming the most desirable Asian car brand in Europe”.

Ramirez joins Nissan Europe from Renault, where he most recently served as senior vice-president, sales and marketing for Europe G9, overseeing commercial operations across 34 European markets.

Paul Willcox, chairman Nissan Europe, said: “We are excited to welcome Ken back to Nissan. He has a long-standing career within the Renault-Nissan-Mitsubishi Alliance and we look forward to his leadership to achieve our ambitious goals in the European region. We wish him every success in his new position.”

Ramirez will report to Willcox and will be based in Rolle, Switzerland.

He succeeds Philippe Saillard who has decided to leave the company to pursue other professional challenges. Willcox commented: “We would like to thank Philippe for his contributions to Nissan over the past twelve years and wish him all the best for the future."

Ramirez has more than 26 years of experience in the automotive industry across Europe, USA, Japan, Mexico and Latin America.

He joined the Renault-Nissan Alliance in 2002, holding various leadership roles at Nissan, including managing director of Nissan Latin America and the Caribbean.

In 2013, he joined Renault as managing director of Renault UK, responsible for the Renault and Dacia brands in European right-hand drive countries. In 2016, he was then appointed senior vice-president, sales and marketing for Europe G9.

Commenting on his most recent appointment, Ramirez said: “I am honoured to lead Nissan Europe’s Sales and Marketing evolution forward. As our industry and company transform, I am confident that Nissan is well positioned for future success in Europe.” 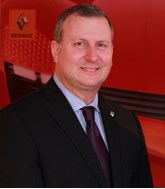