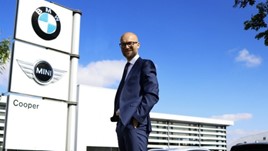 Skinner has over 19 years’ experience working in the automotive sector, has worked across the sales and marketing department of franchisees representing Audi, Volkswagen, Volvo and BMW, and has twice been named as BMW car dealer of the year.

In his new role, Richard will be responsible for overseeing the day-to-day operations of the Cooper BMW Durham site, including marketing and sales outreach.

Skinner said: “Cooper is the largest BMW dealer group in the North East with a long and illustrious heritage for great customer service, so I recognised that this was a really great opportunity.

“I am also really excited to be working in County Durham. It’s easily accessible to customers from Newcastle, Sunderland and Teesside and is extremely highly-regarded as a city of culture and influence.

“I am really excited about growing Cooper Durham’s local image and making it the North East’s number one BMW retailer for sales and service.”

Commenting on the swift appointment of Epic Social, which was founded just last year, Skinner added: “Despite its prestige, local awareness of the Cooper brand at present is quite low.

“Bringing some marketing expertise into the mix to help us boost our presence seemed like the obvious thing to do and having worked with the team at Epic Social in a previous role, I couldn’t think of a better candidate.

“They know the market and the local area well and I’m really looking forward to working with them going forward.” 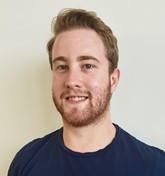