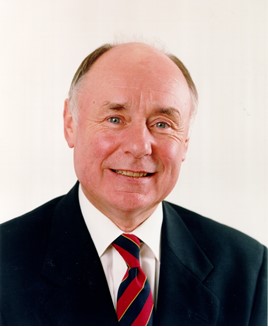 Automotive Management  is sorry to announce that Tom Madden, one of the true greats of the fleet sector, passed away peacefully on Monday, October 29th.

As reported in Fleet News, Tom enjoyed a 30-year career at remarketing company BCA, retiring in 2006 as director of customer affairs.

His knowledge of fleet was unparalleled, as was his willingness to give back to the industry in which he worked. He served as chairman of the ICFM from 1995 until his retirement.

Under Tom’s tutelage, ICFM went from strength-to-strength, which was no doubt influenced by his unique blend of old school determination, coupled with charm and business gravitas.

ICFM director Peter Eldridge, who served alongside Tom on at the board, said: “I was saddened to hear of the death of Tom, a true gentleman of the fleet industry and I have great memories of working alongside him during his 11-year stint as ICFM chairman.

“In particular, I will always cherish his wonderful command of the English language, which was at its peak when delivering his ‘state of the nation’ speeches at ICFM’s Annual Conferences, in the way that only Tom could carry it off - calmly and with great dignity.

“He left his mark on the fleet industry in general and the ICFM in particular, and will be greatly missed.”

Fleet News had the pleasure of interviewing Tom on many occasions, including shortly after his retirement from BCA when he gave a typically forthright view about the benefits of fully trained fleet decision-makers.

“The industry needs to raise the awareness and value of fully-trained, professional corporate travel managers,” he told us.

“That is what most of them are and to not recognise their expertise and importance is a travesty which reflects badly on senior management.”