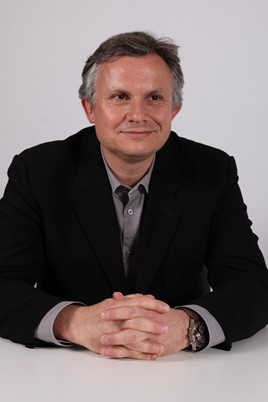 Cazoo has announced that the former chief financial officer of Paddy Power Betfair, Alex Gersh, has joined as its first CFO.

Gersh (pictured) will be responsible for building out the finance function at Cazoo and managing the growth of the business and will join Cazoo’s board of directors and executive team and will report directly to its founder and chief executive, Zoopla founder Alex Chesterman OBE.

The company has pooled its recent talent from other recognised brands, as welcoming three new recruits from AutoTrader, Tesla and Manheim.

Having raised over £30 million late last year, Cazoo is seeking to transform the used car market in the UK and plans to launch by the end of this year. It aims to make buying a used car no different than buying any other product.

Gersh joins Cazoo after spending six years as chief financial officer of FTSE 100-listed Paddy Power Betfair where he oversaw the merger of two online betting operators and guided the business through its subsequent transformation, resulting in annual revenues of over £1.5bn.

“After spending much of my career in later stage listed businesses, I am looking forward to being part of the journey of an early stage business with huge ambition,” said Gersh.

Prior to this he held the same role at NDS Group, while his earlier career was spent at BT Cellnet and at Ernst & Young.

Gersh said: “Alex Chesterman has a proven track record of building and growing incredibly successful consumer-facing businesses and I am excited to be part of this new venture.

"Cazoo is set to transform the biggest retail space and deliver a far better experience for UK used car buyers.”

Cazoo’s founder and chief executive, Alex Chesterman, said: “We are delighted to welcome Alex Gersh to the Cazoo team.

"We have plans to transform the used car market in the UK and Alex’s considerable experience is a real win for Cazoo and will be invaluable to us.

"His experience of being involved in businesses of significant scale will be a great asset given our plans to grow Cazoo into a very large business over the coming years.”