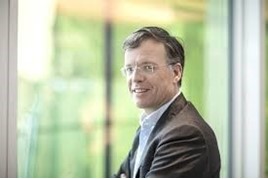 Newly-appointed Gijsbert de Zoeten will assume his post as CFO-designate on August 27 and will join the group’s board as an executive director when he assumes the full CFO role from September 1, a statement issued via the London Stock Exchange has revealed.

Howes will formally step down from the board and leave the Group on August 31 to take up the position of CFO at Bunzl plc.

Inchcape chief executive, Stefan Bomhard, said: "Gijsbert was the outstanding candidate and I very much look forward to working with him as we continue to build on the opportunities ahead for Inchcape.

“He brings extensive experience within B2B and B2C environments, a strong foundation that will support the Ignite strategy, and through LeasePlan, a knowledge in mobility services which will be beneficial as Inchcape continues to develop its capabilities in an evolving industry."

Inchcape said in its statement that de Zoeten was, until 2018, CFO at LeasePlan Corporation, an international fleet management and mobility services company with a turnover of €9bn and a 1.7m car fleet.

He joined LeasePlan in 2016 and was integral to the significant transformation of the business, following its sale by VW Group, which included a strong focus on operational excellence.

When later plans for an IPO of the LeasePlan business were cancelled de Zoeten left in late 2018.

He had previously had a successful 27-year career at Unilever plc where he had a range of senior financial and operational roles leading to his six-year position as the CFO of Unilever Europe.

Additionally, Mr de Zoeten is a member of the supervisory board of Technical University Delft.

Inchcape chairman, Nigel Stein, said: “We are delighted that Gijsbert is joining Inchcape.  He will bring a wealth of complementary experience to the Executive team and to the Board and we very much look forward to welcoming him to the Group.

“I would also like to wish Richard well in his new role and to thank him for his contribution over the last three years."

Gijsbert de Zoeten said: "I am delighted to be joining Inchcape. I can see the opportunities that Inchcape has before it and I look forward to working with the team to develop the business further."

In a set of H1 2019 financial results published in late July Inchcape announced that it would be targeting “revenue and cost optimisation” in the UK car retail market after its disposal of seven Volkswagen and Audi dealerships less than a week earlier.

Commenting within its first-half 2019 financial results published today (July 25), the AM100 group said that it had seen its retail business in the UK stabilise during 2019 and was seeking further improvements following the recent disposal of seven sites to Group 1 Automotive and Motorline for a combined sum of £21 million.

Profit before tax and exceptional items of £156.3m was down 11.8% year-on-year, meanwhile.