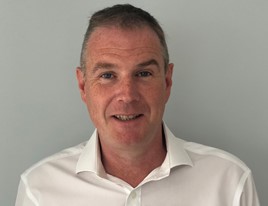 The Sytner Group's Carshop operations director Kirk O’Callaghan is set to join Carzam as chief executive ahead of the launch of the digital used car market business.

Carzam will launch in October and is headed up by John Bailey, former president of Cox Automotive International and used car retailer Peter Waddell, owner of Big Motoring World.

The company announced its launch in April this year ahead of its plan to go live with customers in just over nine weeks.

Between them, the new senior management team wants to create what they call a ‘blended’ approach to online used car buying, which brings together the convenience of buying online and combines it with the expertise of used car experts.

O’Callaghan said: “It’s such a privilege to be joining Carzam and being part of an organisation that’s truly focused on developing the used car buying experience for customers.

“I’m really looking forward to working with the team on building and growing the business in the years to come. There are exciting times ahead.”

Waddell and Bailey are investing “millions” into the new venture, which will launch with an initial starting stock of 2,000 cars.

These vehicles are being prepared for sale at Big Motoring World’s vehicle preparation centre in Peterborough, that is scaling up to turn out 350 cars a day to handle the anticipated demand.

Waddell said: “Kirk has a wealth of automotive industry experience and a great track record, and we know he’ll be a tremendous asset to Carzam as we enter our critical launch phase.

“Our aim is to reinvent the digital journey when people are buying cars, and Kirk is central to that.

“We’re at a point in the industry where online and physical car sales are equally important and it’s imperative that we embrace both.”

O’Callaghan's move from Carshop, the used car supermarket divisionn of the AM100's number one retail group, follows a recent shake-up of its senior mangement, as previously reported by AM.