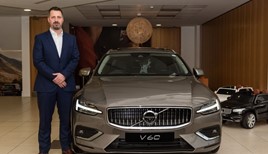 Volvo Car UK has appointed Mark Cox as its network and business development director, with Steve Beattie moving into his former post as head of sales.

As part of a series of leadership changes for the Geely-owned Swedish premium carmaker’s UK operations Suzanne Woolley and Johan Olsson will also join the brand as digital director and chief financial officer.

The OEM said that a new head of fleet and remarketing is set to be announced at a later date.

In a statement issued this morning (October 15) Volvo Car UK said that the changes would support Volvo’s wider restructuring to gain industry leadership in “online services, new forms of mobility, electrification, autonomous driving technologies and connectivity, in addition to its brand-defining commitment to advanced safety”.

While Cox has moved from his new role as national sales manager to become the company’s network and business development director, reporting to Managing Director Kristian Elvefors, Beattie has stepped up to the head of sales role from his previous posting as head of business sales.

Woolley moves from a role as director of data products and delivery at Sky and has over a decade of previous experience with mobile phone companies EE and Orange.

Olsson joins from a post of CFO for Volvo in Denmark – part of a long career with Volvo – and previously worked for Hertz. 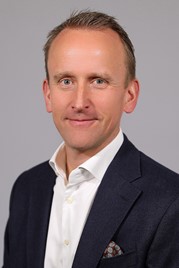 Commenting on the new appointments Volvo Car UK managing director, Kristian Elvefors, said: “My congratulations go to Mark and Steve on their new roles and I am pleased to welcome Suzanne and Johan to the business.

“Their skills and experience will be invaluable as we transform our business to meet the exciting challenges of digitisation and electrification, while reinforcing our commitment to safety, design and quality that has been the foundation of our current success.”

In September  Volvo officially launched its single payment Care by Volvo car subscription service, offering access to a vehicle, maintenance, parts and roadside assistance from £559 a month (based on a Volvo XC40 T3 Momentum).

However, Matt Galvin, Volvo Car UK’s director of commercial operations, took to LinkedIn to share his joy at the effort made by Volvo’s UK franchisees last month as volumes rose 3.91% to 9147 (Sept 2018: 8,803).

“Wow, what a September we’ve just had at Volvo in the UK,” he said. “A record-breaking September in new and used car sales with over 12,000 units sold through our fantastic retailer network.”