Assurant has appointed Lee Coomber to the new role of RAC client director, with responsibility for independent dealers.

The company, which partners with the RAC in the warranty and aftersales sector, believes there is potential for further expansion in the independent dealer sector.

Coomber will be responsible for relationships with independent dealers across the existing 1,300-strong RAC Dealer Network.

He is also tasked with growing the network by attracting more car, van and motorcycle retailers and developing proposition opportunities.

Coomber said: “The partnership between Assurant and the RAC is, in my opinion, the most forward-facing force in the UK warranty sector and the RAC Dealer Network has established an enviable reputation for the competitive advantage it provides dealerships not only through the presence of the RAC brand but also the products and support provided to its members.”

With a career in the automotive sector dating back more than 15 years, Coomber has previously led sales team for CDK Global, Dealerweb and Eurotax Glass’s.

He will work alongside Kellie Grocott, RAC director of sales at Assurant and ultimately report to Sean Kent, UK automotive director at Assurant.

Kent said: “The last year has been tough for the independent dealer market for obvious reasons but the future looks brighter and his appointment underlines our ambition to not only grow the network but further enhance the support we provide to our current dealers.” 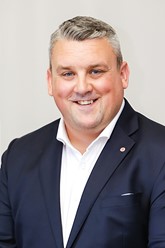