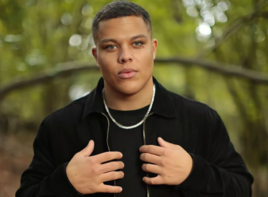 Barlow Motors Skoda car salesman Warwick Bettany will appear on ITV2’s The Cabins TV dating show after being talent-spotted on Instagram by producers.

The 23-year-old, whose day job sees him selling cars for the Wolverhampton-based Cupra, Seat and Skoda franchisee at its dealership in Chesterton, near Stoke, is one of 12 single people set to appear on The Cabins, which airs at 9pm on ITV2 on weekdays and via the ITV Hub.

Bettany described himself as being “cheeky, very loud, very abrasive” before he taking to the screen in the second series of the show tonight (January 13).

But while he said his friends might describe him as being “loud” and occasionally “annoying”, he said: “I just want the best for people.”

Speaking to the Stoke Sentinel about getting involved with the series after being contacted via Instagram, where he has almost 2,500 followers, Bettany said he had impressed after meeting the production team over zoom shortly after testing positive for COVID-19.

He said: “They wanted me on from there. It was such a fun experience. I had a good laugh with the producers and the people who looked after me, they were nice and pleasant.”

Bettany added: “The fact I had the opportunity to do this was really good. I wanted to go on and hopefully other things will come from it.”

Young (24), who had over 27,000 Instagram followers, returned to his job with the AM100 retail group after failing to make it past the show's first "recoupling", however.