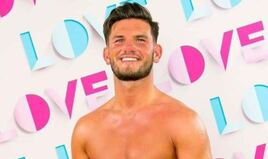 A 24-year-old Arnold Clark car salesman who says his job allows him to “have banter all day with customers” is preparing to put his charms to the test on ITV’s Love Island.

Harry Young, who works at Arnold Clark in Motherwell, won a place to join the cast of the reality TV dating show at their Majorca retreat after being selected from thousands of applicants who submitted their details via the dating app Tinder.

And happy car buyers were keen to endorse his selection for the show, according to reports in The Daily Record newspaper.

One praised his patience as he guided them through the car buying process, while another paid tribute to his “kind nature and wealth of car knowledge”.

Quoted in the Daily Record, Young said that he loves his job with the AM100 car retail group. He said: “I’ve been a car salesman for about three years. All you do is speak to people, I love it.

“You’re having banter all day with customers. As long as you can relate to a customer and have a laugh with them, you’ve nearly sold them a car by that point.

“People buy off people, as long as you get that connection with the person, you’ve sold the car.”

Despite his personable car retail persona, Young told the Daily Record that he was not afraid to “stand on a few toes” in his bid to forge a relationship on Love Island’s Casa Amor set.

Young, who said he has been single for a year and a half, said: “People will potentially be coupled up so if you want to get what you want and or if you have a connection with somebody, you’re going to have to step on toes or ruffle a few feathers.”

Harry Young is not the only car retail employee set for TV stardom this summer.