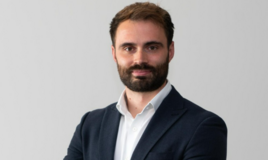 Carwow has continued its recent leadership recruitment drive with the appointment of Cupra and Seat UK commercial marketing manager Alistair White as its new head of sales.

White leaves the Volkswagen Group after more than five years in which he rose from the post of group used vehicle development manager to the OEM’s business lead for electric vehicles (EV) before joining the Catalonian brand.

Prior to his time within the VW Group’s Milton Keynes operations, White spent six years with Vauxhall, most recently as the brand’s retail sales strategy manager.

Taking to LinkedIn to mark his move to the online car retail marketplace today (May 23), White said: “After five years at Volkswagen Group UK Ltd it’s time to bid farewell.

“From used vehicles, to EV strategy and then joining the Seat and Cupra UK tribe, I’ve been fortunate enough to have some fantastic roles and work with some exceptionally talented people.

White added: “On to the next chapter, I’m super excited to be joining the carwow team as head of sales. I can’t wait to get stuck in, continue learning and start contributing to their amazing growth.”

White’s appointment comes just a fortnight after carwow revealed that an “exciting and ambitious phase of growth” had already prompted it to strengthen its leadership team.

OEM director Sepi Arani was promoted into the role of UK commercial director as Ajit Sathianathan joined carwow as the new director of data and analysis, Meghan Sinclair joined as the company’s new brand and communications director and Grace Pluvinage was appointed as new car general manager.

Its growth phase follows an injection of $55 million (£41.5m) in funding to scale its Sell Your Car division back in December, a £17.2 million funding boost from investors including ITV and Channel 4 in March and the announcement of further investment from Geely’s Volvo Car UK brand last month.

Carwow founder and chief executive James Hind said: “Carwow is embarking on one of its most exciting and ambitious phases of growth, so having the right team in place is vital.

“These new appointments are crucial for our efforts to better support dealers and OEMs as they adapt to omnichannel sales and accelerate the shift towards vehicle electrification.” 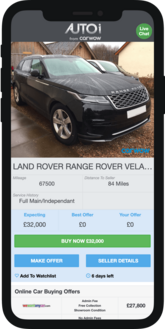