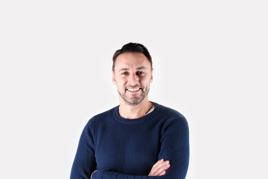 Tim Smith has been named as the new CEO of Automotive Transformation Group, stepping up from his current role as chief revenue officer.

He is tasked with leading the development of the group’s strategy and delivering the resources needed to satisfy the company’s evolving industry demands.

Smith has worked within the business for 17 years, primarily for GForces. Automotive Transformation Group was formed last year following the merger of Autofutura and GForces.

The new business made its first acquisition in the form of Salesmaster, two weeks after its official launch.

Smith's appointment follows the recent launch of the Group’s proprietary NetDirector Digital Retailing Suite, of which he is credited for playing an integral role in the creation and direction of.

Smith said: “For almost two decades I have lived and breathed automotive transformation. In that time, I have been lucky enough to play an integral role in the development of the Group’s strategic goals, helping to innovate industry-shifting products to support our customers through rapid evolution.

“I am excited to use this knowledge and experience to master this new challenge as CEO of Automotive Transformation Group as we take the next step in our mission to simplify automotive sales for Retailers, OEMs, Financiers and Fleet Suppliers across the globe.”

Automotive Transformation Group has confirmed subsequent announcements regarding the senior executive Team and CRO replacement will be delivered in due course.