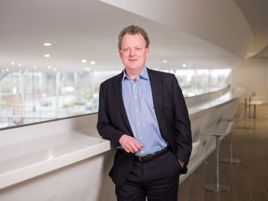 Robin Churchouse has been appointed chair of the board of Lookers Motor Group Ltd, effective from September 13, subject to regulatory approval.

He remains chair of Audit and Risk Committee and member of the Remuneration and Nomination Committees, as a non-executive director at the AM100 retail group, having joined the business in December 2020.

Ian Bull remains chairman of the board of Lookers Motor Group PLC. He was appointed to the position in October 2021. Bull will also continue as chair of the Nomination Committee and member of the Remuneration Committee.

Paul Van der Burgh and Sue Farr remain on the board, but Victoria Mitchell and Deborah Sherry will step down at the end of the year.

A statement issued by Lookers, in relation to Mitchell and Sherry’s departure, said: “The Board thanks them both for their contributions to Lookers and wishes them the very best for the future.”

Lookers has posted a better than expected first half (H1) of the year performance with underlying profit before tax reaching £47.2 million.

The result also outperformed Lookers’ own H1 2022 expectations back in June, where it said it was expecting to post a profits of around £45m for H1 this year.

Revenues of £2.23 billion were driven by aftersales and used cars.

Mark Raban, Lookers chief executive, won the 2022 AM Award for Business Leader of the Year.

After switching to the CEO hot seat at Lookers in early 2020 Raban took on a business staring down the barrel of a “perfect storm” of legacy issues.

Within months an ongoing fraud investigation would identify a £19m black hole in the group’s accounts, a Financial Conduct Authority (FCA) investigation scrutinise its compliance procedures and the business de-listed from the London Stock Exchange due to the late submission of its accounts in 2019.

Raban led through this period – and the turmoil of COVID-19 pandemic, just weeks after he took on his new position – to return Lookers to rude health.