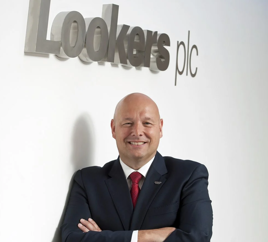 Lookers' director of group operations Paul Bentley has revealed that he is taking “time out” to pin-point his next challenge after departing the AM100 car retail PLC.

Bentley ended an 18 year stint at Lookers on Friday to pause what has been a 40-year career in the motor industry.

Taking to LinkedIn to share news of the move, he said: “I decided to take some time out and do some travelling before deciding what I’ll do next.

“I’ve worked with amazing people, both inside and outside of Lookers and I have without a doubt learned so much.”

In sharing news of his departure Bentley revealed an image of a Manchester Evening News article detailing his appointment from GE Capital Woodchester back in 2004.

He was initially appointed as finance and insurance director after worked with the car retail group.

Lookers, profiled by AM earlier this year, last week announced that Robin Churchouse had been appointed chair of the board of its subsidiary Lookers Motor Group Ltd.

In a statement issued via the London Stock Exchange it also announced changes to its PLC board.

While Paul Van der Burgh and Sue Farr remain on the board, Victoria Mitchell and Deborah Sherry will step down at the end of the year, Lookers said.

A statement issued by Lookers, in relation to Mitchell and Sherry’s departure, said: “The Board thanks them both for their contributions to Lookers and wishes them the very best for the future.”

Lookers recently posted a better than expected first half (H1) of the year performance with underlying profit before tax reaching £47.2 million.

The result also outperformed Lookers’ own H1 2022 expectations back in June, where it said it was expecting to post a profits of around £45m for H1 this year.