The company was also among the finalists in the Independent Finance Provider of the Year category.

As a key part of Northridge Finance’s product portfolio, Joint Venture is essentially a shared risk and reward arrangement with motor dealer groups.

The concept was established almost 20 years ago with a small number of dealer groups in Northern Ireland, and has since grown in popularity to the extent that it now accounts for almost 20% of annual new business-lending across the UK for Northridge.

McGee said: "Joint Venture is unique in the way it is relationship led, transparent and very much a long-term arrangement which offers stability to dealer partners.

"It has created incremental finance penetration on the forecourt and a valuable income stream for Northridge partners.

He said of the award: “This is a testament to the determination of the entire team to bring something really valuable to the market. It’s a product which benefits our dealer partners and our customers”

NIIB & Northridge Finance has increased PBT of over 150% since 2010 with new business lending growth of over 100% in the same period. This performance has contributed to an increase in profits at Bank of Ireland UK, which announced its annual results for 2014, showing profit before tax rising from £61 million to £199m.

> White Clarke Group received the award for IT Services Provider of the Year at the 2015 Motor Finance Europe Awards.

The judges recognised White Clarke Group for its CALMS platform. 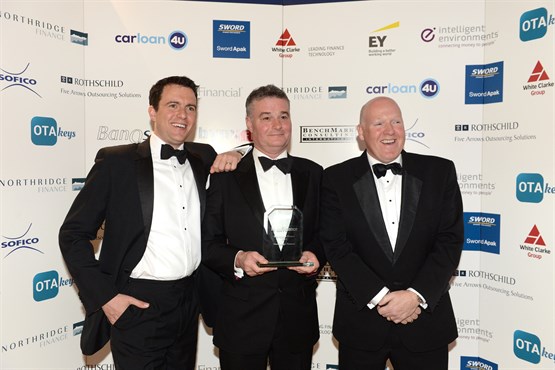