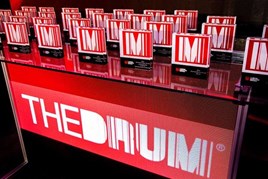 Both companies have been awarded with the number one ranking for client satisfaction, an accolade based on feedback from clients.

The census also lists the independent agencies that have achieved the most effective balance across both the client satisfaction and financial performance polls.

Referred to as Elite Agencies, MB Advertising topped their group and Bluesky Interactive came first in theirs.

Alan Crane, managing director of Bluesky Interactive, said: “We have now topped the client rating census table two years in a row and what a year it’s been. We’ve seen some of our strongest levels of business growth and have been careful to balance this with increasing our account support.

“That care has clearly paid off, and it’s gratifying to know that we have a lot of loyal, passionate clients.”

MB Group’s performance in The Drum’s census builds on Bluesky’s recent Car Dealer Power Awards performance, where they were highly commended in an impressive three categories which were, again, voted for by dealers.

The MB Group is made up of two agencies; MB Advertising and Bluesky Interactive, providing a full range of marketing and digital marketing strategies and solutions, including fully-responsive web design.

Employing over 100 automotive specialists across the group, they support 1,000 dealer locations and have an average of 75,000 vehicles on their dealer websites.