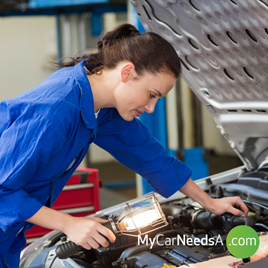 MyCarNeedsA.com has revealed that September is set to be a record breaking time for garages due to upcoming MOTs.

More than 2.6m cars were registered in 2015, with September alone seeing 462,517 registrations according to figures released by the Society of Motor Manufacturers and Traders (SMMT).

Under current MOT rules, cars aged three years or older must undertake the test, meaning September 2018 will see a record number of MoTs take place across the country.

MyCarNeedsA.com’s managing director, Scott Hamilton, said: “2015 was the year that the UK motor trade really started to make some big strides forward, with new registrations passing the two million mark for the first time in over a decade.

“That strong performance three years ago means that this month should be a stellar period for service providers, with more motorists than ever before needing MoTs.

“This is supported by data from our own website. Each month, MyCarNeedsA.com sends a reminder to car owners registered on our site if they have an MOT due.

“Car owners can then post their job with one click and receive quotes to carry out the work from a local network of approved service providers.

"September has the highest number of MoTs MyCarNeedsA.com has ever had scheduled for our service partners.

“We have more than 30,000 MoTs in the diary, and that number is set to rise rapidly over the coming days.

"It’s a great time for everyone involved in the trade and the record number of MoTs due in September will give the service industry a real boost.”

37% of motorists would pay more to use a trusted garage, claims AA Garage Guide

37% of motorists would pay more to use a trusted garage, claims AA Garage Guide