Carwow champions women in automotive with the Financial Times 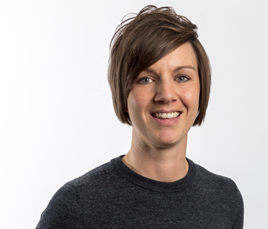 Carwow has partnered with the Financial Times to champion women in the automotive industry with its first ‘Navigating a Male Dominated Industry’ seminar.

After attending a successful Financial Times International Women’s Day event in March, the car buying service teamed up with FT Women UK to host the inaugural event at its central London HQ to highlight the roles of prominent females in the UK car industry.

Using its new London office as a base, Carwow commercial director Karen Hilton, was joined by Clare Martin from Jardine Motors Group, Katrina Dowding from Skanska and Angelique Vu from the Financial Times, to deliver a session highlighting the importance of diversity and the navigating the challenges women face in a predominantly male industry.

The event attracted over 80 guests from across the motoring sector and Carwow is now planning its next session in association with FT Women UK.

Hilton said: “Navigating a Male Dominated Industry was an important event for many of us at Carwow, myself included.

“Alexandra Margolis founded the company in 2010 with James Hind and David Santoro, so right from the outset Carwow has been a testament to the importance of challenging the status quo in terms of gender roles.

“We are proud members of the ‘30% Club’ and hosting events like this are part of that commitment. Carwow is by no means the first motoring brand to host an event of this sort but we hope that with a continued awareness drive we can begin to see similar attitudes implemented across the entirety of the UK industry.”

Carwow has been vocal about promoting females in its business, which uniquely spans digital and automotive - two male dominated spheres, with key hires including Karen Hilton as Commercial Director and Vanessa Lenssen who is Head of Innovation at the company.