Used car retailers experienced a 12.2% year-on-year rise in sales and 10% rise in finance penetration during December, according to Dealerweb.

Finance penetration increased to 54% and GAP sales rose 1.5% on used vehicles while paint sales rose 0.5% over the same period, according to new data from the lead management specialist.

The shift towards online leads was also on the rise, it said, with enquiries coming via the internet increasing 38% and telephone enquiries dropping 13.2% in the last month of 2018.

Martin Hill, managing director of Dealerweb, said: “It is clear that used cars continue to perform strongly for dealers around the UK. A strong finance offer will bring buyers to the forecourt and drive enquiries from the website and wider digital channels.

“As 2019 gets underway we expect the focus on used vehicles to continue with strong demand supported by increasingly sophisticated digital marketing from dealers.”

Growth in the used car market will be reflected in the growth of Dealerweb’s operations during 2019.

The business recently announced that it planned to recruit 20 new staff and move to a new headquarters at the Exeter Science Park. 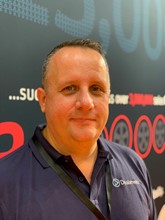