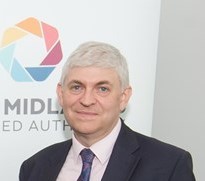 Transport for West Midlands is on the brink of scaling up its experimental Mobility as a Service (MaaS) solution and has invited automotive retailers to help deliver its forward-thinking project.

Chris Lane, head of transport innovation at Transport for West Midlands, will explain how its pilot scheme has proved successful and won over consumers at the Automotive Retail Congress on May 21 at the Ricoh Arena, Coventry.

The organisation introduced the WHIM app which enables consumers to package together different transport elements to make one journey incorporating vehicle availability which included teaming up with rental company Enterprise. Consumers could select the pay-as-you-go option or purchase a ‘package’.

Having proven itself viable, it will be scaled up later this year and TfWM is even considering a vehicle scrappage scheme whereby older, more polluting vehicles are taken off the road in return for ‘mobility credits’ allowing access to vehicles, bikes, public transport and taxis at the fingertips of consumers via the app.

Lane said: “We wanted to bring together different aspects of transport as a whole rather than thinking of the likes of cars, taxis, bikes and public transport as independent parts.

He'll tell delegates at the Automotive Retail Congress where there are opportunities ahead to do business.

“It does depend on where you live but if you are in an urban area you won’t need to own your car but the app will still give you access to vehicles when required. In the long run, autonomous vehicles will form part of the offer. There are a large number of people with old, inefficient, polluting vehicles which could be taken off the road and those people would have access to cleaner and more technologically advanced vehicles which are also safer as well as wider transport options.

“We are scoping out the larger scale project following our trial. We have already partnered with manufacturers including JLR to test autonomous vehicles, but there’s definitely a role for dealers to play. There’s a real opportunity for dealers to be involved including supplying vehicles and servicing. We would love to talk to any forward thinking dealers who would like to be involved.”