Shortlist revealed for industry awards at AM100 Dinner

The finalists for new awards being presented at tonight’s AM100 Dinner have been revealed.

New for 2019, not only will guests learn about the key developments in the annual AM100 listing of the UK’s largest franchised dealers, but a small number of awards will also be handed out.

AM’s judging panel has considered the dozens of entries received by the May closing date and announces that the shortlist is as follows:

The winners of these awards, plus a Best Financial Performance award for the most successful AM100 dealer group, will be announced tonight during the AM100 Dinner at the Hilton Birmingham Metropole Hotel.

“We’re always delighted to recognise the progress of major franchised dealer groups at our annual AM100 Dinner. These awards will give highly-regarded members of staff in our industry some much-deserved recognition too,” said Tim Rose, editor of AM. 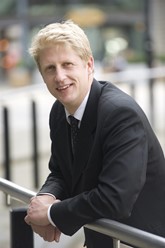 MP Jo Johnson secured as guest speaker at 2019 AM100 Dinner

MP Jo Johnson secured as guest speaker at 2019 AM100 Dinner