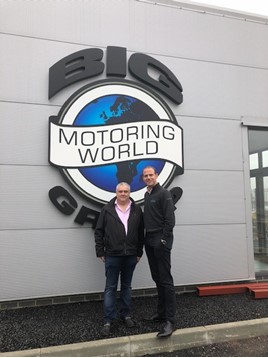 Forbes added: “As a vendor and buyer, Big Motoring World is an important partner for us. I’m delighted that they have chosen to sign-up with Manheim on a sole-supplier basis.”

In March, Big Motoring World emerged as the ID50’s fifth-placed independent used car retailer by turnover, having been overtaken by Trade Centre Wales.

However, the annual market report noted that the group’s figures in the ranking had not reflected its recent expansion, with the opening of Big Motoring World Blue Bell Hill in 2018.

That site stocks more than 2,000 prestige-brand cars, specialising in Audi and Volkswagen stock.

Blue Bell Hill is the fourth outlet in the group, alongside the original Big Motoring World supermarket at West Malling, which has been refurbished and now offers mainstream brands, and two Canterbury Motoring World locations, which sell and service lower-priced family cars.