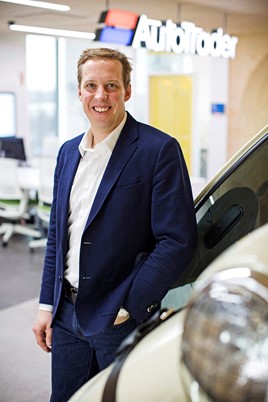 Auto Trader will renew its offer of free classified advertising for car retailers as part of new support measures announced amid new COVID-19 lockdown restrictions in England and Wales.

Advertising packages will be free for December for all UK retailer customers and payment terms for November services will be extended by one month.

The announcement of the support measures follows the announcement made by government that retailers in England will be forced to close their forecourts for at least four weeks from November 5, joining Welsh retailers who are closed until November 9 as part of the nation's 'firebreak' period.

Nathan Coe, the chief executive officer of Auto Trader, partially attributed a 37% half-year decline in revenues to the support offered to retailers during the first lockdown period in a trading update published today (November 5).

Commenting on the renewed offer of support to car retailers. he said: “We remain committed to supporting our customers when it matters the most. What our customers really need now is simplicity and clarity about the future.

“By going free in December and extending payment terms in November, we feel we have delivered this. We are also doing everything we can to sustain demand by driving consumer awareness that retailers are open, and highlighting Click & Collect and home delivery stock available on Auto Trader. Our new marketing campaign focussed on this launches today.”

Auto Trader previously offered support measures to its retail customers by providing free advertising during April and May when dealerships were forced to close its showrooms due to the Coronavirus pandemic, followed by offering a 25% discount in June.

It also extended payment terms for retailers, accelerated product launches and held regular webinars, which were attended by over 6,000 retailers.

CarGurus extended its 50% discount on car dealer marketing subscriptions into May and Volvo Car UK formed a partnership with Carwow from June, to enable free Carwow membership for the manufacturer's retail network.

In a recent survey conducted on Auto Trader’s marketplace of around 1,000 car buyers, 58% said they were looking to by a car within the next two weeks.

Over 50% said they were willing to buy via Click & Collect or a home delivery service, with a further 22% unsure.