Stock levels lead to dip in used values in May

Data analyst Cap HPI said stock levels and a seasonal dip in demand are to blame.

But the decline is not as sharp as last year which saw a drop of 1.9% against an average downward movement from 2013 of 1.7%.

James Dower, senior editor of Black Book at Cap HPI, said: “This was a stronger result than most would have perhaps expected.

“It is also worthwhile noting that monthly value movements by fuel type showed that petrol continued to outperform diesel.

“The strength in petrol performance looks set to continue alongside a slight easing in diesel values year-on-year.

“Without a clear indication of any final legislation on diesel, there is no reason to expect diesel values to fall dramatically.”

The SUV sector continued to grow in volume and saw the most pressure at the three years 60,000 mark, dropping by 2.2%.

“While there is still significant demand for this sector, there is no doubt that the high volumes of stock available have led to the weakening in value.”

MPV had a larger than average reduction at the three years 60,000 level moving back by 2.1%. There is some evidence to suggest that customers who usually purchase MPV are moving into the SUV market.

Coupe cabriolet and convertible continued to benefit from the seasonal increases easing up by 0.3% and 0.5% respectively at three years 60,000 miles.

“The high levels of stock being held at both dealer and the wholesale level will inevitably cause some downward pressure on values as we move through June.

“The market has become used to seeing later plate volume entering the market at similar times year-on-year. There are still volumes of rental cars to be de-fleeted, and we are likely to see growing volumes of short cycle vehicles in the wholesale market over the coming months,” said Dower. 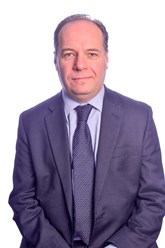