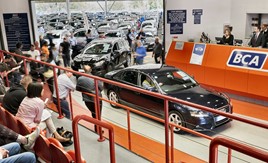 Used car prices declined by 1.8% at BCA auctions during July as a year-on-year increase of 5.5% continued to be credited to “strength in depth across the used car market”.

In its monthly BCA Pulse Report, the remarketing specialist noted that record performance in June had resulted in the expectation of a slight decline during July, adding that the hot weather had also seen demand from professional buyers “slacken”. 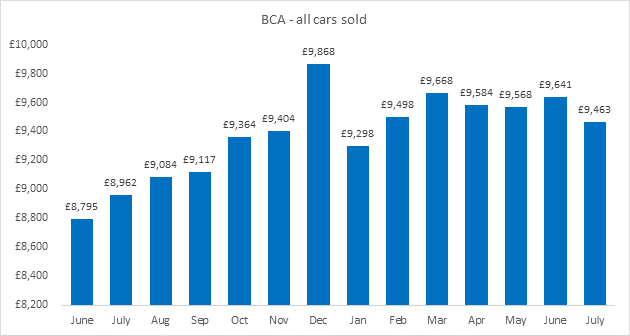 “While fleet and lease values fell marginally, taken in the context that this was from record levels in June and we are in the peak holiday season, it demonstrates the strength in depth across the used car market.

“Underlining this, dealer part-exchange stock posted the sixth consecutive month of record values at BCA and nearly-new values hit one of the highest points on record.”

It noted, however, that the strength of this year’s market continued to be emphasised with year-on-year values for July rising by £501, a 5.5% rise over the 12-month period, despite average age and mileage rising.

Average values for fleet and lease values saw a marginal reduction of just £97 to £11,101, having reached record levels in June, while both dealer part-exchange and nearly-new values continued to climb.

Year-on-year values in the fleet and leasing category were up by £615 (5.8%), with age rising and mileage declining, although both by small margins.

Average dealer part-exchange values improved by £33 (0.5%) to £5,033, the sixth consecutive month of record average values in this sector, BCA Pulse said. Year-on-year values were ahead by £406, representing an 8.7% increase over the 12-month period with age and mileage decreasing.