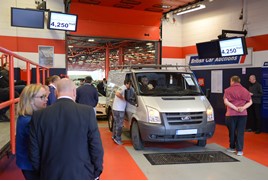 Used LCV values rose to their second highest level in the history of BCA’s Pulse Report during September – with a month-on-month price rise of 5.4%.

BCA said that its headline values had improved “sharply” over the month, rising from £7,180 to £7,568, to reach the highest value since April.

Year-on-year values are ahead by £1,007, a 15.1% increase, according to the BCA Pulse report, with the remarketing specialist’s online sales of LCVs now accounting for over 44% of all sales. 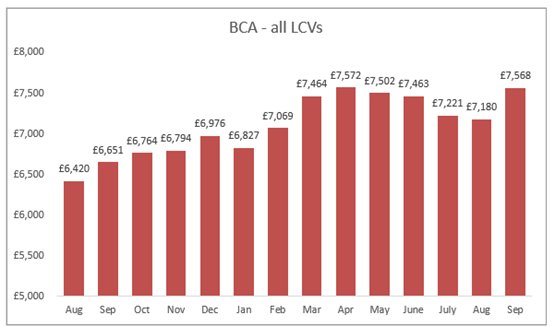 BCA’s chief operating officer for UK Remarketing, Stuart Pearson, said: “The LCV market at BCA has seen continued value and volume growth throughout 2018, with values currently 15% ahead of where they were last year.

“BCA offered increased volumes of stock during September and demand from buyers was strong across the board, with corporate vendors enjoying excellent conversion rates and average values rising to a new record high.”

“The rise in average values for PX LCVs over the past 12 months is significant when you take into consideration the mileage increase and underlines BCA’s buying power and performance in this sector.”

Values were ahead of the same period last year by £1,026 (12.6%), with retained value against MRP (Manufacturer Recommended Price) rising by a percentage point to 40.96%.

Year-on-year values increased by £269 (6.1%), despite both comparative age and mileage increasing, the latter by over 12,000 miles. 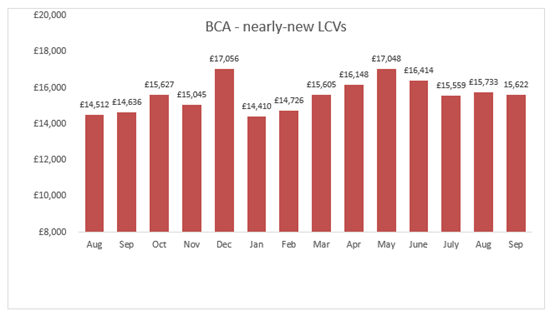 Nearly-new LCV values have remained stable over the past three months, according to BCA, but was the only area of monthly analysis to show a decline in sales values during September.

BCA said in a statement: "As always, these values have to be taken in the context of the volumes reaching the market, the model mix factor and availability of stock."