UK motorists could earn £6k with 'Airbnb of car sharing' 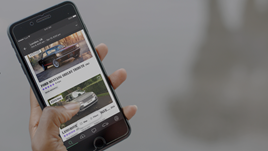 Car sharing marketplace Turo claims to have launched the “Airbnb of cars” in the UK and claims it will help UK car owners earn more than £6,000 a year from their idle vehicles.

The nation is wasting thousands of pounds each year by leaving their prized motors in the garage and paying for a vehicle they rarely drive, according to a study by peer-to-peer car-sharing marketplace Turo.

A poll of 2,000 motorists in the UK found the average driver spends 456 hours behind the wheel each year and just under nine hours per week.

For the remaining 8,304 hours, cars are sitting idle.

Turo director, Xavier Collins, said: “Many of us are happy to spend a small fortune on our cars, it’s often one of the biggest investments we make. Yet, despite all this, we never truly release their full potential.

“I think we’re starting to see a trend in consumer behaviour as they look to the sharing economy to provide them access to the resources they require, but don’t own. Turo democratises car ownership, offering anyone the opportunity to hire out their own car or rent someone else’s.”

“For the vast majority of adults, their car sits unused for most of its life. All the time it is unused, it could be earning money and repaying that investment.”

Four-in-ten Brits have gone two weeks or longer without using their car, according to Turo, most often when they’ve taken a holiday, with one-in-three admitting to feeling as if their car is sitting there wasting money when it’s not being driven.

Despite admitting their cars are often left idle, two thirds of respondents feel they wouldn’t be able to get by without their motor.

A tenth of the nation has also let the tax, MOT or insurance lapse on their car, it said, wasting the revenue opportunity they could have by renting out their vehicle.

However, Turo also noted that half of the population won’t allow anyone else to drive their pride and joy because of insurance.

Collins said: “We are motoring enthusiasts and love our cars too, so we understand owner’s concerns about sharing out their prized motors.

"That's why we worked with Allianz to set up comprehensive insurance cover that gives each host the security and peace of mind to put their car on Turo.

“Cars have, for too long, been our most depreciating investment but that doesn’t have to be the case anymore. The average host on Turo can earn more than £500 a month.

"We are used to earning back from our houses when they are not occupied, so why not do the same with our cars? After all, they are free for more of the time and can earn you more.”

AM Poll
Are video appointments a better use of sales executives' time than face to face appointments? Please leave a comment.
Vote
View all
2323