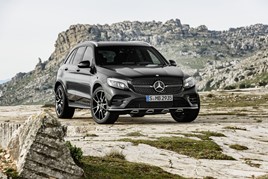 The Mercedes-Benz GLC-Class appeared to flood the UK used car sector during January as Auto Trader revealed that the premium SUV had been its fastest selling used car during the first month of 2019.

The GLC took the gold and bronze in trhe monthly rankings, with the 2018 diesel automatic and 2015 diesel automatic respectively, while the 2016 version also featured in the month’s top ten fastest-sellers – ending the month in eighth.

Topping the table, the nearly-new 2018 version of the SUV took an average of just 13 days for car retailers to turn, according to Auto Trader’s data, while attracting an average £32,177 valuation.

Karolina Edwards-Smajda, Auto Trader’s director of commercial products, said that a strong showing for SUVs – and the premium GLC-Class, in particular – demonstrated that car buyers are still happy to part with their cash, despite the economic uncertainty.

She said: “Consumers might be facing economic and political uncertainty around Brexit, but as we saw with the solid last quarter sales, it’s not necessarily translating to people delaying their next car purchase.

“And with premium SUVs dominating the fastest selling lists, consumers are still largely happy to splash out for their perfect used car.” 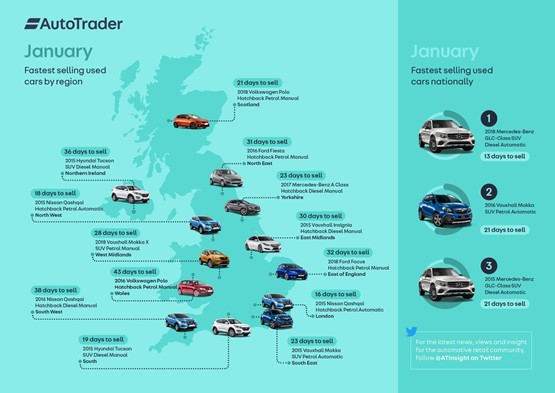 Edwards-Smajda added: “With today’s car buyers being more discerning than ever, having the right stock on your forecourt is key.

“Using data to complement your own experience can make all the difference in not only identifying the most desirable vehicles for your area, but also pricing them at a level consumers can trust, helping to sell more cars, more quickly, and for more profit.”