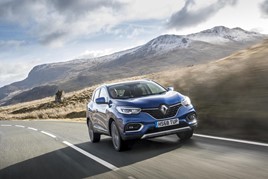 The 2018 petrol-powered version of the SUV – fitted with a manual gearbox – topped the charts of the fastest selling cars to turn during the second month of 2019, with the 2014 Ford Focus (petrol, automatic) and 2011 Seat Ibiza (diesel, manual) tying in second place on 21 days.

Auto Trader reported that February was the third consecutive month that an SUV has taken the top spot as the fastest selling used car.

Last month the Mercedes-Benz GLC-Class took the top spot for a second consecutive month, and in February the premium German offering featured once again, in both sixth and seventh place.

Karolina Edwards-Smajda, Auto Trader’s director of commercial products, said: “Aside from the clear signs of a huge investment in electric, this month’s Geneva Motor Show was dominated by an exciting array of new generation 4x4s and crossovers.

“And with SUVs taking the crown for overall fastest selling used car for three consecutive months, their position as a forecourt favourite shows no sign of abating.”

Auto Trader said that bigger vehicles, and SUVs in particular, proved popular across the regions. 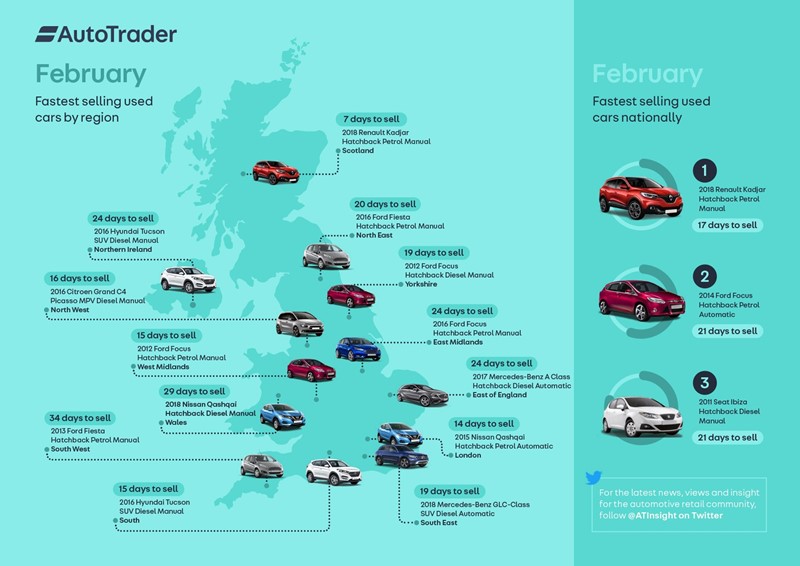