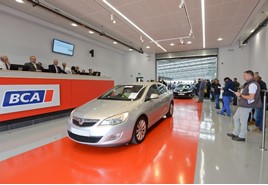 BCA’s monthly Pulse Report has revealed that the average price of a used car offered at auction rose by 3.3% year-on-year during February – a rise of £322.

The report said that the headline figure of £9,798 recorded last month was the fourth highest on record and reflected the increased values paid for fleet and lease and dealer part-exchange vehicles.

Stuart Pearson, BCA’s chief operating officer for UK Remarketing said: “Since the turn of the year we’ve seen good demand from buyers for vehicles that are accurately priced and with good provenance. The focus has definitely been on quality, value and the ability to turn stock quickly.”

Pearson added: “BCA has seen a long term evolution in average used car values across the board which reflects both the wide choice and excellent quality of stock we offer on behalf of our vendors and the consistent demand from professional buyers to meet their retail needs.” 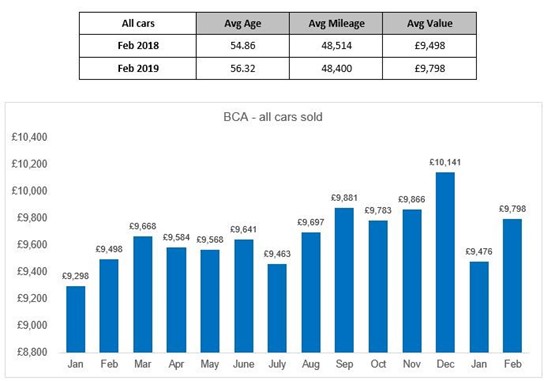 The BCA Pulse report showed that fleet and lease vehicles averaged a value of £11,522 in February.

While a modest increase of £69 over January, the rise represented a significant £730 (6.7%) uplift compared to a year ago.

Meanwhile, the retained value against original MRP (Manufacturers Retail Price) improved by three-quarters of a point to 44.04% compared to 2018.

Average age at time of sale has risen slightly to 39.7 months, BCA reported, with average mileage falling by over 1,500 miles compared to a year ago. 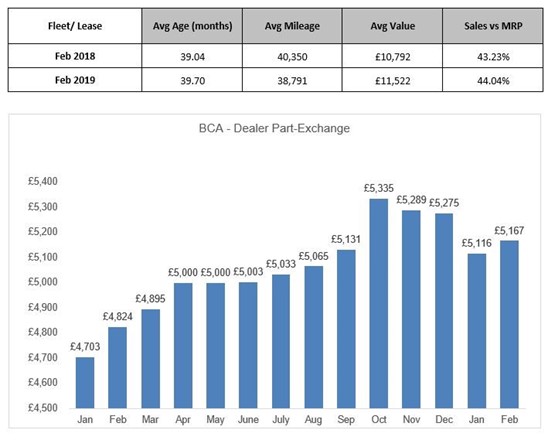 BCA said that the “improved quality of product on offer” in the sector had helped to push year-on-year values up by £343. Average age and mileage decreased compared to the same month in 2018.

Sustained demand for nearly-new vehicles at BCA continued into February, with values rising to £23,084 during the month.

Model mix has a significant effect in this low volume sector, with brand specific winners and losers. 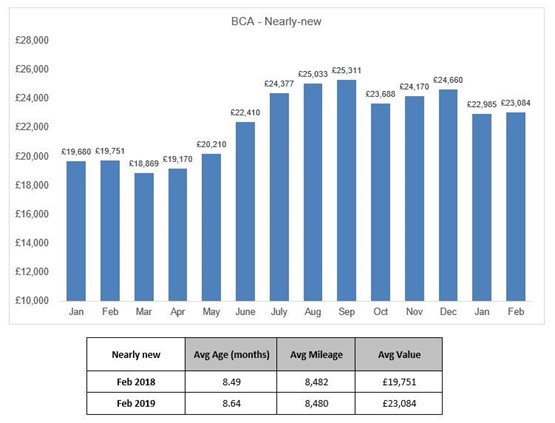