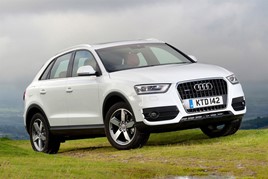 The stock management, marketing and valuations specialist said that petrol-engined versions of the German premium SUV had sold in an average of 44 days, at a price of £26,305, last month.

The stock-turn success of the Q3 was followed by that of the Toyota C-HR petrol, Kia Sportage petrol, Mercedes-Benz A-Class petrol and Renault Captur diesel – all at 45 days – it added.

Indicata said that car retailers have now seen stocking days continue to remain consistent between 43 and 47 days since July.

“Despite the increased number of dealer part exchanges creeping into the market from the September plate stocking days have remained consistent.

“In contrast to September’s strong diesel representation, petrol powertrains dominated the October top 10, but generally we are still seeing strong demand for all fuel types as the used market continues to grow.”

Out of the 90,269 used cars tracked through the used car market by the Indicata real time pricing platform, SUVs comprised 55% of the top 10 fastest selling vehicles during October, with hatchbacks the remaining 45%.

Petrol powertrains comprised 85% of the ranking, with diesel making up the remaining 15%.

Used cars qualify for Indicata’s top 10 by models having to be between 6-36 months old and having sold a minimum of 300 units during the month.