Used car values have risen by an average of £2,125 (16.6%) in each of the last four months, according to data published by Cap HPI.

The continued upwards trajectory means that, on average, values have increased by £2,125 (16.6%) in the last four months.

Derren Martin, head of valuations at Cap HPI, said: “Despite a number of distractions for consumers over the last month, such as England’s progression to the final of Euro 2020; high numbers of people self-isolating; hot, sunny weather; and the school holidays, consumer demand has remained very healthy.”

The rise in used car values have now started to influence retail pricing by dealers.

Martin explained: “There has been a notable rise in retail advertised prices over the last few weeks, as evidenced within our retail data.

"Dealers had to pay high prices for cars but could not price them high enough to maintain margins.

"Now, many retailers have pushed prices up, margins have increased and dealers are upbeat. Volumes may be down in June, but profitability is up.”

They have also had to be more creative with how they source stock – competing with high offers from car buying services to ensure they get part-exchanges to be able to retail, being more active than normal on comparator sites and buying more cars than in previous years from private buyers.

Martin added: “Our Live values in July experienced the fifth month of increases. The market continues to be in unchartered territory as the level and consistency of recent rises have simply not been experienced before.

"The last three months have seen the largest single increases in any month since we started to chart Live values almost 10 years ago.”

However, Martin and the team at Cap HPI warn that, while values may continue their upward trajectory, the slowdown may have started. The team’s data shows slightly reduced levels of sold trade data and, although not dramatic, a theme is developing.

Auction volumes are slightly lower, despite conversion rates being higher, and trade sales from direct remarketers are down, as they simply do not have new car supply to allow them to de-fleet vehicles. 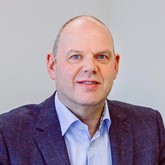