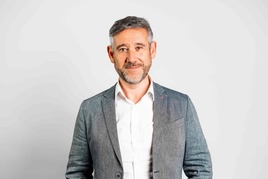 Commercial director Alistair Jeff is advising car dealers to adjust their stocking mix to suit changing buyer habits in an effort to account for the shift.

“Retailers moved to broaden their stock mix, often extending it to older stock and stocking day discipline has largely taken care of itself.

“Now, in a rapidly changing economic climate, it's time to get back to robust, data-led, analytical practices for vehicle stocking. Our assessment is that right now, the used car opportunity rests in meeting the needs of a growing risk-averse consumer."

Used car stocking days are tracking at a 73 day average currently, up from 56 a few months ago.

More lower quality cars (banded based on Autotrader rating bands) are now tracking as 'over-priced' than under; a reversal of the trend seen at the start of the year, creating a stock risk.

Cars in higher quality car bands, meanwhile, are still weighted towards being 'under-priced'.

Analysing the data, Jeff is clear that while the rising cost of living might point to the appeal of older, less expensive cars to reduce outgoings, the reality is that, more commonly, customer behaviour is shifting to a 'risk-aversion' approach.

He concluded: "The demand from customers is weighted towards higher quality used cars, which are likely to be more reliable and have lower operating cost risks. The same risk aversion levers also suggest that dealers should consider extending warranties in their promotional approaches and that services such as service plans and smart insurance are likely to appeal. Essentially, creating a 'pseudo subscription' almost fixed cost model."

In a used car market starved of supply vehicle acquisition has become the boom industry, with retailers launching their own car buying platforms to rival third-party providers.

An in-depth AM investigation explores some of the tactics businesses have employed to retain their flow of stock in a bid to offer oversight of the pros and cons of each approach.

Commenting on figures released by the Society of Motor Manufacturers and Traders (SMMT), Carpenter warned that used car dealers are not enjoying the “purple patch” the figures seem to suggest.

The SMMT reported that 1,774,351 used car sales had been completed in the first three months of the year, resulting in a 5.1% year-on-year rise in a period where high values continue to deliver significant margins for car retailers.