Only 5% of car buyers influenced by new plate change 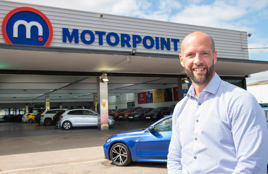 The vast majority of consumers do not factor in the new car plate change as part of their buying decision, according to a new poll by Motorpoint.

The used car supermarket specialist commissioned a survey of 1,000 in-market car buyers by SurveyGoo and just under 5% (4.9%) said they were concerned about timing a purchase to coincide with the plate change.

Top of the list for more than three-fifths (63.1%) of would-be buyers is the vehicle’s fuel type e.g. petrol, diesel, hybrid or electric.

Perhaps unsurprisingly in the midst of a cost-of-living crisis, this was closely followed by price (52.2%) and running costs (47.1%).

The importance of brand image was next on the list, with 27.4% of those surveyed saying the cachet of the badge on the front of the car would be the next thing they considered.

There was then a tie for the fifth most important influencer, with 20.8% of those surveyed citing the overall look of the car and the mileage on the clock as deciding factors.

A wide range of other considerations, including colour, safety features, comfort, availability and onboard technology all ranked more highly than the age identifier on the registration plate.

Dean Walker, director of stock and purchasing at Motorpoint (pictured), said: “Many of us will remember just how big a deal the launch of a new registration plate used to be.

“Dealerships would open at midnight, with customers queuing up to take delivery of their new car so they could be among the first on the road with the new reg.

“Our study confirms what we suspected though, that this is no longer a major factor in the decision-making process for car buyers.”

Walker suggested that long lead times on new cars and the fact new cars can depreciate in value is driving more buyers to the nearly-new market.

He said: “If you’d asked me six months ago what the biggest drivers were for potential customers, I’d have told you with absolute certainty that purchase price was head and shoulders above everything else, with make, model, colour and ‘spec the next biggest decision-making drivers. That’s why Motorpoint guarantees it will never be beaten on price.

“These results though show just how much things have changed as people have started to feel the financial pinch. The fact that a vehicle’s fuel type is now the most important consideration underlines that.

“But it isn’t just the case that everyone’s now looking at EV. We’re seeing lots of interest across all fuel types and in particular diesel, where people recognise the superior fuel economy it can offer on long journeys for example.”