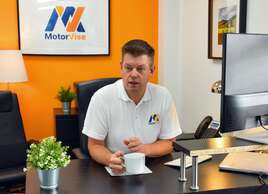 The new '22' number plate released on March 1 may attract an ‘all-time low of new registrations’ in what has been a traditional peak quarter, warns MotorVise.

Fraser Brown, founder and managing director of MotorVise, said that the relationship between new registrations and car sales has been ‘broken’ by the constraints placed on manufacturers’ production lines by the pandemic.

However, UK car dealers celebrated record sales performances in 2020 after overcoming the challenges of the pandemic.

“While the new registration figures for this peak quarter are likely to reach an all-time low, these figures are dictated by the lower number of vehicles rolling off production lines.

“The automotive calendar has been turned on its head by the challenges facing manufacturers and the supply chain. The traditional peaks and troughs of sales linked to new registrations have been evened out by availability.

"Customers are still buying new cars but accept they may face a wait of several months as the vehicle may not even have been built at the time of ordering.”

However, car dealers told AM that a new-look plate-change period, which goes without the traditional March car sales mayhem and eases the year’s trading peaks and troughs, is “good news” for the sector.

Bosses of Perrys Motor Sales, Steven Eagell Group, Waylands Automotive, Rainworth Motor Group and Devonshire Motors were among those who delivered a positive outlook for the month ahead – despite reduced expectations for vehicle handovers.

As well as disruptions caused by the pandemic, including the global shortage of semiconductor chips, manufacturers have been holding back higher emission vehicles built last year, due to recent regulations introduced around CO2 emission performance standards, said MotorVise.

Brown predicts such vehicles may end up appearing in showrooms this year as the increasing adoption of pure electric and hybrid vehicles continues to dilute the overall emission figures.

He said: “The reality is that a car ordered in March may not even arrive at a dealership until July. Some manufacturers are responding better than others, with VW currently sitting top of the supply tree. Predicting production levels is difficult as it’s impossible to know what manufacturers have in the pipeline.

“While this quarter may be disappointing in terms of new registrations, I expect the uncertainty over vehicle supply to recede later this year or early 2023 and some level of normality to return.” 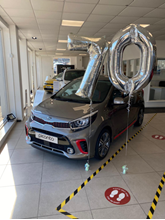 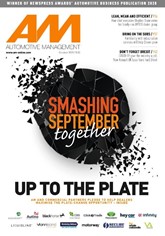 Renault, Snows Group and the 70 plate-change here in the latest AM digital magazine

Renault, Snows Group and the 70 plate-change here in the latest AM digital magazine