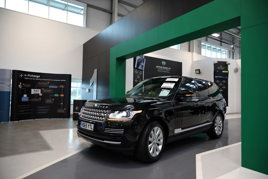 The independent remarketing provider said that the desirability gap between more expensive and value-focused models continues to grow at its auctions, with 19 of the latest index’s top 20 places taken up by premium SUVs and saloons.

Toyota’s CH-R crossover was the only mid-market model to feature as it made its debut in a ranking topped by the Audi Q7, closely followed by the BMW 6 Series and the Audi Q5. 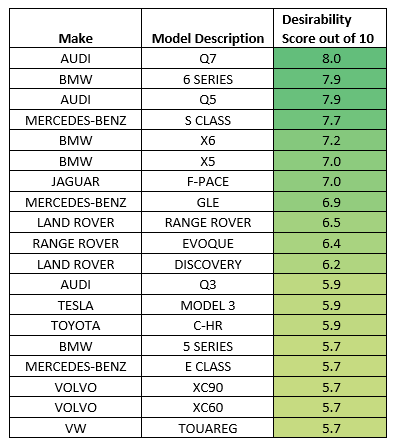 Aston Barclay’s monthly Desirability Index takes into consideration three key metrics: web views prior to sale, number of physical and online bids per sale, and the sale price achieved as a percentage of CAP average.

Aston Barclay’s chief revenue officer Mark Hankey said: “This is the first time we have witnessed a major bias towards high end premium used cars across the entire index.

“The gap between the bottom and the top of the used market increases with dealers prepared to bid for those high value used cars that remain in very short supply.”

In the latest edition of AM Magazine, which has been published online today, Aston Barclay chairman Greg McLeod revealed the remarketing business’s growth ambitions in the UK.

Its latest market data, meanwhile, shows that car retailers continue to bid on and buy higher value used cars at auction in a bid to drive growth in their businesses.

Aston Barclay said the trend also indicated retailers were committing to purchases “as and when they need them to reduce their stocking costs and improve cashflow”, adding: “It also shows how the bread and butter used car market has softened during the holiday season based on a fall in consumer confidence.”

Earlier this week Cap HPI director of valuations Derren Martin told AM that uncertainty surrounding the balance of supply and demand in the automotive sector has created the most difficult period ever to forecast used car value trends.

Tesla Model 3 was the only electric vehicle (EV) to make it onto the Aston Barclay desirability index rankings, while the CH-R was the only hybrid.