Guest opinion: car rental to take the place of ownership 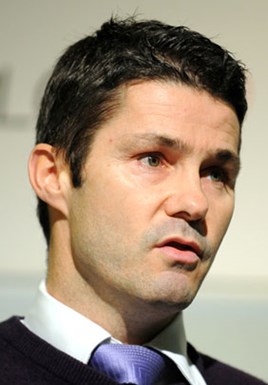 Smartphones now dominate every aspect of our lives. It is estimated that over two billion people (or a quarter of the world's population) will use one by 20161. Our social activity, our shopping habits, the business we do and our connections to the outside world often start and end on the little screen in front of us. Their capabilities are immense and this hasn’t gone unnoticed by the largest tech firms and vehicle manufacturers.

With over 3.7 million apps2, there’s an app for everything, or so the saying goes.

Whenever we want a new app, we download it on demand. Pizza? No problem, get the Domino’s app and it’ll be at your door in an half an hour. Need some virtual barbarians for Clash of Clans. Great. Just pay £3.99 and you have can have them in an instant.

The more we use apps, the more we get used to the fact that we can get anything on demand. Take Uber. It’s just a taxi service wrapped up in an app, right? But it’s convenient, cashless and enjoyed rapid global growth – it’s now in 58 countries3.

Sky Go, Netflix, Amazon Prime... all the programmes you watch, when you want them. Oh and you guessed it… on demand.

So why does this matter?

The current way we buy and then use cars is not fit for purpose.

Let’s think of it this way. If we were a business and our largest assets were used for only two hours every day, we would do one of two things; sell the asset or review usage to make it more efficient.

But that is exactly how we use our cars.

We drive to work, leave the car in a car park all day and then drive home. We’ll occasionally pick the kids up or go out for a meal. We don’t even use electric cars which we could at least charge whilst we were at the office. However, we can’t all use electric cars because we haven’t got the infrastructure or the energy capacity to charge them all.

The average PCP cost in the UK is around £2987 per month. When you think about it, it really isn’t much more than an average phone bill, internet bill or Sky bill. What’s different is that you can add packages on; like movies or 4G, or take them off, as and when you want.

Electricity, water and gas are all based on usage. You get charged for what you use.

Simple. So why aren’t cars based on usage?

With this in mind we’re predicting that car ownership will start to decline and be replaced by car usage. You’d pay a base rental fee and then pay for its use.

We have the technology, so why can’t it be repurposed for the modern consumer to make more efficient use of the car pool? Whilst a recent survey found that 25%8 of people don’t know what telematics is, the EU has stated all cars must have some form of tracking device by 20189.

This means that car manufacturers will be forced to add a black box with a supporting third-party app. Remember Apple and Google? They do that app thing really well.

In 2010 Google announced it was building a self-driving car. Five years later, the first model is ready for live testing10.

The company has begun discussions with some of the world's top automakers to bring the first self-driving cars by 202011. These include General Motors, Ford, Toyota and Volkswagen.

Apple are adding fuel to its ever present rumour mill after one of its more prominent investors wrote a letter to CEO Tim Cook suggesting the tech giant would try and break into the car market by 202012.

If a self-driving car knew where you were it could pick you up and take you to work, a bit like Uber. It might be able to pick up your work colleagues or friends on the way and you could have a meeting or a chat in the car.

And if there was a way you could pay for it, like some sort of payment technology embedded into your phone - perhaps a smart wallet that could only be activated by your fingerprint? There would then be proof you were in the car just in case there was an accident and you needed help.

The way we buy cars and the way we use our cars is changing.

We’re financing more cars than ever before and the amount of mileage we are doing is significantly dropping.

The current car buying model is outdated. Take a look around your office car park again, how many cars are there?

We predict that number is likely to fall over the next few years as car-sharing and ride-sharing dramatically increases.

It is likely that cars will be owned by more than one person and in some cases groups, you will only use the car when you need it.

It will be users that drive the change and the technology that will enable it. When it happens, the car companies might just be called Google or Apple.