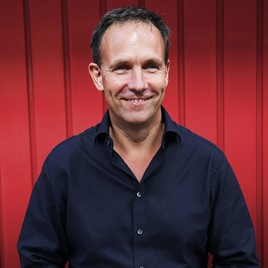 Faster than a journalist can write “the death of”, Tesla has reversed its decision to take all its car sales online.

When Tesla first announced its intention, it felt like a huge mistake. Sure, if a car was just a loaf of bread then chuck it onto the internet.

But as well as being a big decision (even for an already-affluent Tesla buyer) the car itself is changing.

Every car maker on the planet knows it’s not just a physical lump of steel and plastic anymore. The device, the driverlessness, the ownership, the hardware-software balance, the business model – everything’s changing.

And at times of change, customers like to get close to things and touch them. This isn’t a moment for a car to disappear into the internet.

And no one ought to know that better than Elon Musk, whose online-offline career gives him better insight than most into what different channels are capable of.

So what was it all about? Was it a simple cost saving, or were there other levers to be pulled? As the whole automotive industry moves towards ‘mobility-as-a-service’, it’s possible that Musk wanted to use Tesla’s popularity to get people buying vehicles in an online environment so that further down the line, the company could start selling car services.

Perhaps the visionary Musk has his eye on Uber…? The issue is that, as we know, cars aren’t cheap to manufacture. Any automotive manufacturer trying to get into the service game will tell you the pain of capital expenditure recovery from a subscription model. If that was Musk’s plan, it would have been a massive gamble at a time when the markets aren’t as easily seduced by him as they once were.

So what’s going on? Perhaps the most interesting detail in the story is not that there is a cost associated of keeping the stores open, but that it will NOT be passed on to the Model 3, which had been the reason for the original decision. Instead it will be applied as a 3% price increase across multiple parts of the whole Tesla portfolio.

If Musk is saying one thing here, it’s that the physical show space - whether that’s out of town or in a shopping mall - gives the whole brand a measurable boost.

Tesla did the math, and found the value of physical was a 3% bump to its brand premium. Put simply, having physical meant Tesla could charge more.

In our FITCH language, this boost is the benefit of ‘adding positive friction’ to an omnichannel journey.

Sure, with enough effort and patience any fool can turn a multichannel customer journey into a smooth, seamless and frictionless experience. But the result is an invisible brand. What the consumer gains in convenience is lost in engagement.

Online is undoubtedly a huge part of the mix, but one that few automotive companies have dealt with effectively.

Even in the modern digital world we live in, and especially with automotive retail, the end goal shouldn’t be to try and move everything online, but to find ways for your brand to feel the same online, offline and in person whilst, crucially, recognising the collective value of multiple channels based on their individual strengths.

What Tesla has in its current toolbox is a brand that could extend to just about anything.

And that means it can choose where in the customer journey it wants to add sticky moments of friction. If it cuts out its physical spaces, it reduces its ability to do that.

Musk knows that showrooms mean more than monthly sales with the positive friction of human interaction, the design of a unique experience, and a brand that means more than speedy ecommerce fulfilment.

If Tesla abandons its physical space it reduces the power of consumers being able to touch and feel the car, sit in the driver seat, or be wowed by the technology and design in an otherwise mundane airport or shopping centre.

The Tesla stores that do remain will almost certainly be in high visibility areas, have fewer cars, and focus on creating a unique experience that goes beyond selling products.

Omnichannel isn’t a one horse race to becoming an invisible brand. It’s the craft of getting the physical, human and digital working together, not only for sales but for raising the value of the whole business.