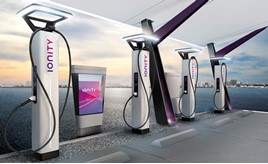 Electric vehicle (EV) adoption is still hampered by car buyers' range anxiety and charging concerns despite the Government’s recent pledge to remove BIK tax in 2020/21 resulting in a warmer approach from fleet operators.

According to research carried out by Venson Automotive Solutions the UK’s charging infrastructure still sparks concern for 69% of motorists.

The findings follow Nissan’s report that there are now more EV charging locations (9,199) in the UK than conventional fuel stations (8,396) in a network of more than 24,000 public charge points.

Nonetheless, Venson’s survey of 200 people via the Gorkana Survey platform found that accessing charge points was still a major barrier o EV ownership with the limitations of battery range coming a close second.

Of those surveyed, 57% said a limited zero-emissions range was still a barrier when considering an EV.

Go Ultra Low asserts, however, that virtually all pure electric cars can travel over 100 miles on a single charge with some of the latest models offering closer to 300 miles.

Venson said that its research had revealed how car dealership staff are promoting a charge towards electric, with only 13% of motorists citing lack of ‘try before you buy’ options as an obstacle to purchase and only 5% of people surveyed said they are worried about manufacturer lead times in acquiring an EV.

Earlier this year AM exclusively reported how lead times of over 12 months on the Hyundai Kona EV had led the manufacturer to introduce preferential short term lease offers of an Ioniq Hybrid to help buyers plug the gap.

Venson’s Bell added: “Whilst our survey findings confirm a greater willingness by company car drivers to adapt to an EV world, there are still some ownership concerns. 41% of people we surveyed expressed concern over the practicalities of being able to charge their vehicle at home. And 30% said they had concerns over service, maintenance and repair costs.”