The challenge of diversity in automotive retail 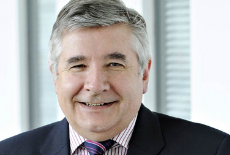 Over the years of writing for AM I have had some varied responses, some negative, the odd threat of being sued, but on the whole people have been indifferent or, on occasion, complimentary about what has been said.

One recent article, however, seemed to hit on what many people were thinking. It was about both the moral and economic benefits of diversity. I received responses saying that something should be done to address the issue within our sector, a lot commenting that the issue was wider than just the gender mix within the industry.

What is fascinating is that the issue can be seen from many perspectives. There is the obvious moral stance that our industry should not be equated with any form of racism, gender or disability discrimination.

There is legislation that underpins that moral stance, but there is a need to remove practices and behaviour that perpetuates anything that goes against our sector being inclusive.

Economics are also a factor. As stated in the original article there is much research showing that decision-making is improved when there is a diversity of representation in the process.

A third dimension is that of future employment. The demographic mix within the UK would suggest that over the next 10 years there will be a smaller pool of people available for employment and, if our sector is going to thrive, we need to compete in the  employment market against other industries.

It became apparent when talking to Steve Nash at the IMI that this was an issue on its agenda as well and I was delighted to be invited to lead a taskforce looking at how the issue of diversity and inclusion could be addressed across our industry.

It is only when you start to look at the complexity of the issues that you realise how little you know about them. It will be a learning journey for me and the aim is to engage with interested individuals and organisations plus experts from outside our sector.

The objective is to draw on good practice that already exists and, through critical reflection, identify where things could be better.

Understanding the experiences of people from a BAME background, those with physical or hidden disabilities and those confronting discrimination in the area of gender identification are three themes that present areas in which work needs to be done.

As I have said before we need to overcome the challenge of ‘homophily’ – the sociological concept of ‘birds of a feather flocking together’ – whereby we seem naturally attracted to people like ourselves.

There needs to be a determination to challenge both our outlook and our behaviours so we have a culture of inclusivity and understanding.