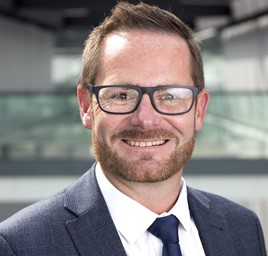 With the publication of its ‘Fit for 55’ proposals, the European Commission has taken a key step towards its goal of reaching net zero emissions by 2050.

The plan sets out the policy framework designed to cut European Union greenhouse gas emissions by 55% from their 1990 levels by 2030.

This is a step up from the Commission’s current goal of a 40% reduction and falls between the planned 43% reduction in emissions in the US and the UK’s 68% target.

The Commission says that its current target would only deliver a 60% emissions reduction by 2050.

The Fit for 55 road map will have consequences for industry sectors and businesses across the EU and beyond, not least for automakers.

This implies the Commission’s goal is to phase out new internal combustion engine vehicles by 2035 – five years after the UK’s 2030 target – and accelerate an EU-wide switch to electric mobility.

What does this mean for manufacturer EV targets?

Meeting the new targets will require the entire transport eco-system to work together.

As well as a significant increase in the sales of zero emissions vehicles, a dramatic expansion of charging infrastructure will be required – the Commission estimates that about six million public charging points will be needed across the EU by 2030 to achieve a 50% reduction in car CO2 emissions.

For manufacturers, the changes will have a significant impact on supply chain structure and manufacturing costs.

Different manufacturers are in different positions, and some have more catching up to do than others.

Given the tight timeframes, this could prove challenging for those already lagging behind.

Key elements for manufacturers in the proposals are the new Renewable Energy Directive (RED), the expansion of the Emissions Trading System (ETS) to cover road transport, and the new Carbon Border Adjustment Mechanism (CBAM).

The ETS proposal will create a new carbon market for road transport by 2026 which could impose additional regulatory and cost burdens on automakers by introducing an emissions cap on fuel consumption.

Designed to reduce ‘carbon leakage’, the CBAM is expected to levy an additional carbon price on the import of key raw materials for manufacturing – including aluminium and steel – into the European Customs Union, and could prompt a change in global automotive supply chain networks: many key steel producers sit outside the Customs Union.

Meanwhile, the RED will increase the EU’s target for renewable energy to be 40% of the energy mix by 2030, potentially pushing automakers to improve their own renewable energy sourcing, while in parallel reducing carbon emissions.

These latest proposals come while automakers are already waiting for a final Commission decision on the Euro 7 Standard, which is expected to be made in November this year. The finalised regulations could be introduced by 2027.

Helping OEMs through the transition

The Fit for 55 proposals are in line with the existing direction of travel for the automotive sector and follow recent announcements from manufacturers about their own plans for the transition to zero emissions vehicles.

However, while some automakers will be able to gain a competitive advantage with existing aggressive electrification and decarbonisation strategies, others will be playing catch-up as they seek to comply with current targets and contend with the impact of COVID-19 on their supply chains.

Targets will take some time to be finalised and manufacturers and others will get to have their say.

While the new emissions targets and regulations could prove to be a challenge, a supportive and collaborative ecosystem at government and cross-industry levels could help manufacturers thrive in the new framework.

Comprehensive policy support will be required from all EU governments to help automakers manage the transition and play their part in the emissions battle.

Feedback from industry about these measures has been positive, and supportive policy goals like these can help drive electrification across the continent in time to meet the 2030 and 2050 goals.

The Commission’s proposals will take time to reach fruition as they pass through the legislative process.

In that time, manufacturers can get ahead of the game to ensure their product portfolio and supply chain will support their net zero targets.

However, given the lengthy product cycle time for the development of and introduction of new vehicles and services, action is needed now.