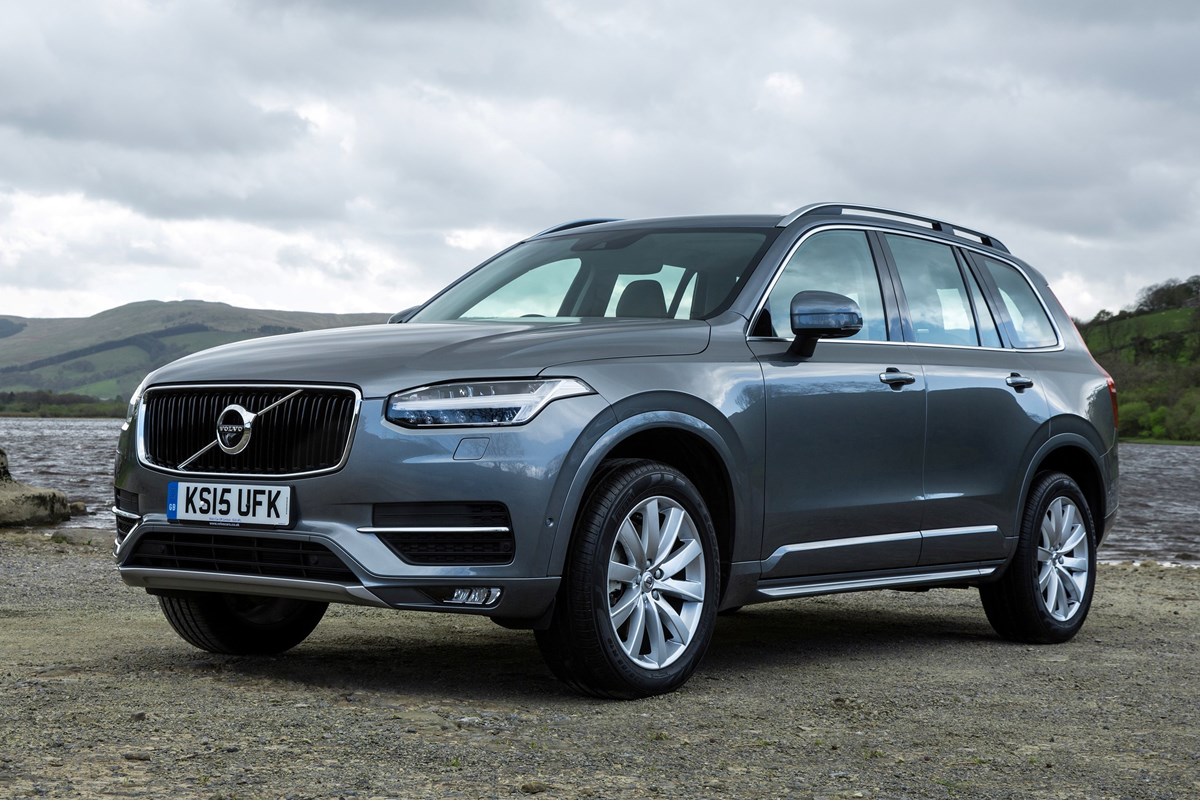 It may be the Swedish brand’s most eagerly awaited car in a decade – before UK Volvo dealers even received demonstrators for launch events, they took more than £150 million worth of orders for the new XC90 seven-seat SUV.

Volvo Car UK said at the launch that it has received 3,500 orders for the XC90, from its first year production allocation of 4,500 units. Its target after that is for 5,500 annual sales.

The XC90 is the first car on Volvo’s new Scalable Product Architecture (SPA) platform, developed in-house since its acquisition from Ford by Chinese group Geely. The SPA platform will also underpin a new S90 large saloon and V90 estate in 2016 and a next-generation XC60 SUV and V60 hatchback later. There will be eight new models by the end of the decade, including a new V40 compact hatchback and an XC40 compact crossover SUV built on a new small car platform. Customers will be able to choose between petrol, diesel and hybrid powertrains.

“In four years’ time, the new XC90 will be the oldest model in our line-up”Volvo spokesman

“In four years’ time, the new XC90 will be the oldest model in our line-up,” said a Volvo spokesman.

The range renewal and expansion is part of Volvo’s strategy to increase its UK new car sales to 80,000 units by the end of the decade.

To attract conquest sales, Volvo will offer compelling finance offers, including PCP and personal contract hire, together with Swedish brand values and innovative technology such as in-car connectivity and safety systems that protect occupants if the car runs off the road or that prevent the driver from pulling out of junctions in front of approaching traffic.

Given the demand for the new XC90 from launch, Volvo Car UK is not openly incentivising buyers other than to offer a 5.9% APR PCP offer for retail customers and a 36-month/30,000-mile contract hire plan from £569 per month for business users.

The Swedish brand has an advantage in that its flagship arrived in showrooms three months ahead of the new Audi Q7 and well in advance of Land Rover’s Discovery 5, expected in 2016.

Now, I’ll make a disclosure – my family car is a last generation XC90. Although only a year old, it has design elements, driving dynamics and performance that all date back to 2002, while the rest of the SUV sector moved on. I knew the new XC90 was clearly going to be a big leap forward, but it is even more than that.

It is the first Volvo to show the brand’s new design direction, focused on simplicity, style and functionality to reflect its Scandinavian heritage. Inside the cabin, there are just eight buttons, allowing a nine-inch touchscreen to control all multimedia, comfort and connectivity functions, which even works when wearing gloves, unlike many others.

It is an efficient 4x4, launched with DriveE new generation four-cylinder, two-litre T6 petrol and D5 turbodiesel engines (a plug-in hybrid badged T8 will follow) that can offer official combined fuel economy nearing 50mpg and CO2 emissions as low as 149g/km. Today’s XC90 handles like a mainstream saloon and no longer like an agricultural vehicle, despite weighing two tonnes and being almost five metres in length, thanks to a weight-saving suspension. Four-corner air suspension is an option, which offers selectable driving models and suspension heights, named comfort, dynamic, individual and off-road. It can also lower the car 40mm for easy entry and loading.

Even its third row of seats are suitable for people up to 5ft 7in tall, and large windows and an optional full size panoramic roof ensure there’s a great sensation of space and light. Both the second and third row seats are in theatre-style, set slightly inwards to give passengers a better forward view, and all can be folded individually to create a maximum load space of 1,951 litres.

Little details include a Swedish flag stitched on the side of the driver’s seat, and seat belt buckles stamped with ‘since 1959’ to mark the year Volvo first included its patented three-point safety belt on its cars as standard.

The 224bhp D5 twin-turbodiesel will be the best seller in the UK, representing three in four sales. Its 149g/km CO2 emissions mean it will appeal to company car user-choosers as well as private buyers. The petrol model is forecast for 15% of volume, and the T8 hybrid for the remaining 10%.

A lower-powered D4 turbodiesel with front-wheel drive is being sold in other markets, but Volvo Car UK said it does not plan to introduce it here.

Trim levels are badged Momentum – the entry specification – and Inscription and R-Design as two high-spec derivatives, the latter appealing to those seeking sportier styling and the former focused on comfort and luxury.

What your customers will read about the volvo XC90

The new Volvo XC90 is one of the best large SUVs you can buy. It offers quality, space, efficiency, safety and comfort.

Whichever trim or engine you decide to go for, you are guaranteed to get a spacious car with an upmarket interior, inventive design touches and state-of-the-art technology. The new car maintains and enhances Volvo’s reputation for excellent safety, with clever driving aids and impressive crash protection.

Prices are no longer for the squeezed middle, as the XC90 has moved up a level. But it has worked hard to justify the increase. It’s far from a budget offering, but the XC90 feels worth its premium price-tag.

Innovative, intelligent and endearingly left-field, you should also know that the Volvo XC90 is the SUV it’s OK to love.