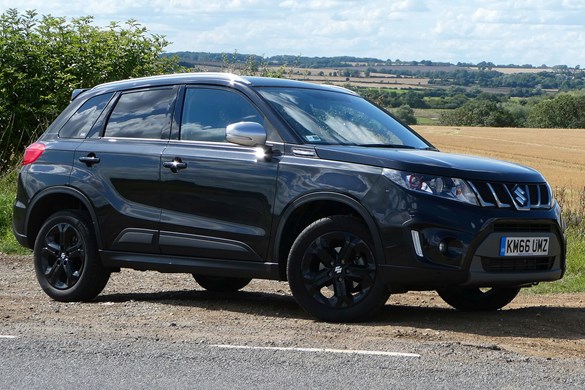 The Vitara S model entered the market in January 2016, just eight months after the Vitara (in which time 5,000 had been sold), designed to add an element of ‘sportiness’ to the range. It comes with gloss black 17-inch alloy wheels, rear spoiler, silver door mirrors and red interior stitching and air vent surrounds, and aluminium alloy pedals. Our test car, with us for three months, is in one of four colours available in the S, cosmic black, including the alloys, for an extra £500 on the base price.

It also offers a bit more grunt. Consumer journalists had criticised the 2015 model’s lack of power, but the Vitara S is powered by the new 1.4-litre petrol Boosterjet – with more torque at a reasonably low 1,500rpm.

Suzuki’s engineers have tackled turbo lag with a turbo charger on the cylinder head. It means a 0-62mph time of 10.2 seconds - it’s more than 11 seconds for the 1.6 unit and more than 12 for the diesel Vitara – with a six-speed manual gearbox. Suzuki’s combined cycle fuel economy figure is 52.3mpg.