Is the Hyperloop the future of public transport? 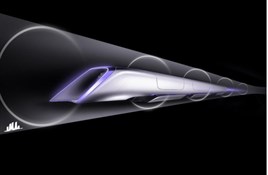 Elon Musk, chief executive of Tesla Motors has detailed plans to create a public transport system called the Hyperloop which will fire passenger capsules through a network of high-speed tubes.

The idea is not new and while it sounds like an April Fool, the fact Musk is throwing his weight behind the idea following his relative success in the US with Tesla has attracted wider media attention and captured the imaginations of sci-fi geeks across the globe.

Musk is proposing the Hyperloop to replace commuting in cars, trains and potentially regional air travel as the technology can supposedly transport passengers from San Francisco to Los Angeles (382 miles) in 35 minutes at speeds of up to 800mph for just £13.

The system would be a closed loop, designed for cities less than 900 mile apart that have high levels of traffic.

Some analysts seem to be taking the Hyperloop and its Alpha plans (which have been detailed in a 57-page PDF) seriously. 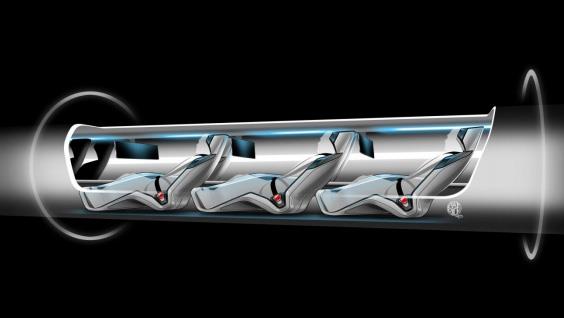 Frost & Sullivan analyst Shyam Raman, said: “This new mode aims to be safer, faster, and operable at a lower cost. It also aims to be self-powering.”

The Hyperloop works by transporting high-speed transport capsules in a dedicated tube, which is partially evacuated.

Previous ideas of high-speed rail involved evacuated tubes (vacuum) to reduce the detrimental effects of friction, induced and form drag. Acceleration and deceleration is provided by a linear induction motor that is in development. They will be used to provide a “re-boost” every 70 miles. The Hyperloop also features energy storage using lithium ion batteries. The additional power requirements are met from energy generated from solar arrays.

Even if Musk can build a working prototype, the amount of barriers standing in the way with elements like planning permission would be ridiculous. Scientists have also picked at the Hyperloop's design document which have highlighted problems with how much heat the Hyperloop will generate and whether the concrete platforms housing the capsule track can truly stand up to weather forces.

However, Frost & Sullivan believe it does mark a “significant breakthrough” in high-speed mass transportation for two reason.

Raman said: “The first is the technology and intellectual property has been floated to the public as an open source transportation solution. Secondly, the approach to Hyperloop has been from the ground up. It is so refreshing to see a concept where every element from tracks, vehicles, stations etc. has been visualized from a 2020 perspective; it does not involve iterations of technologies from the past.”

Is this idea totally ridiculous or can you invisage a Hyperloop running from London to Manchester within the next 20 years?