What do your aftersales customers really want? 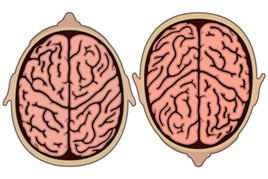 Consumer behaviour in the aftersales world has changed significantly over the past few years, with fast fits and independents taking a bigger slice of the market from franchised dealers.

International Car Distribution Programme (ICDP), the automotive research company, has predicted that aftersales volumes in the UK will fall industry-wide by 8% between 2012 and 2020 and the value of that work will fall 4.2% over the same time period. The latest ASE figures show that overhead absorption has continued on its slow and steady decline towards 50%, a long way from the goal of 100%.

This puts pressure on dealers to innovate and adapt to consumer behaviours.

Gareth Arnould, ICDP researcher, said: “In our most recent survey, we asked customers about alternatives to the traditional garage or workshop, and many customers appear interested in options such as overnight servicing with drop-off and collection from home, or while-you-wait servicing within an hour.

“However, once customers feel that these alternatives cost more, or would be less convenient for them (such as not being able to have any additional faults that were identified fixed during an overnight service), they become much less interested.”

AM has conducted a survey of motorists in conjunction with Motoring.co.uk (see page 38) and found that 10% would be happy to pay a £20 premium for the convenience of collection and delivery while almost 20% would pay £10 more. The vast majority, however, would expect to pay the same price for the service. And 32% feel happy to pay between £10 and £20 for the use of a courtesy car.

Working around the customer’s day

One way dealers are combatting falling aftersales volumes is by taking a leaf from the fast fits’ book and offering greater convenience, including longer opening hours.

The numbers of consumers who would benefit from such a move is questionable – the AM/Motoring.co.uk survey found that almost 90% of respondents were happy with current opening hours. When the 10% who were unhappy were asked what opening hours would suit them better, almost 50% suggested longer weekend opening, and 36% suggested evenings.

At the start of September, Swansway Group increased opening hours in its Audi centres, adding a half-hour in the mornings and evenings to allow customers drop off before and after work. 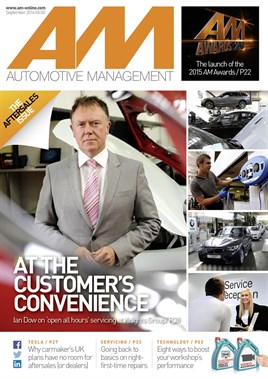 AM spoke to Ian Dow, Knights BMW aftersales director, about his dealership's extended opening hours back in 2014. Read the full profile here.

The aftersales teams at centres in Crewe, Stafford and Stoke take bookings from 7.30am to 6.30pm, Monday to Friday and from 8am until 1pm on Saturdays. The extended opening hours equate to an extra 70 hours’ labour time per week.

Paul Woodhead, Swansway Group aftersales director, said: “It’s hard to feed back on increased hours as yet, but what we can see is more customers choosing to come in earlier. It’s easier for them to pop in the shower, jump in the car, drop the keys with their designated service adviser, order their free breakfast, read the paper, answer a few emails, eat their breakfast, collect their keys and be at work at their usual time.

“That’s proving to be really popular. Customer feedback on the service is excellent and that can only ever be a good thing. As time goes by, we will tweak our opening hours to offer customers the optimum experience for them.”

Knights BMW in Staffordshire started opening its Stoke-on-Trent dealership from 7am to 9pm between Monday and Thursday and extended its servicing department’s opening hours on the weekend.

However, after trialling the extended hours, Knights BMW has made some tweaks.

Ian Dow, Knights BMW aftersales director, said: “I don’t know whether it was a bit too radical, so we dialled it back to 7pm for servicing on week nights.

“The MOT and service prep work was also dialled back, so the late shift is 3pm until 12am, rather than 5pm to 2am.”

Dow maintains that to be a true retailer, you need to be open when it’s convenient for customers and Knights believes it has found that sweet spot.

“It is more expensive for us to do things this way and it hasn’t had a big impact on retail hours, but it’s still the right thing to do,” he said.

However, sections of the motor industry are still failing to provide more basic conveniences to their customers, such as service reminders. In AM’s survey in

conjunction with Motoring.co.uk 35% of respondents said their dealer does not let them know when a service or MOT test is coming up on their car.

“Those customers that aren’t being communicated their service or MOT due dates are likely lost to independents,” warned Terry Hogan, managing director of Motoring.co.uk.

Maximising convenience for the consumer

Mobile servicing is another area of growing consumer demand, leading some dealers, such as TrustFord, to trial it.

Whocanfixmycar.com lets customers post servicing work for the website’s 7,000 repairers to bid on. Seven of the top 10 garages (ranked by jobs won) on the site offer mobile servicing.

Alex Rose, marketing director, said: “There is an undoubted trend that shows an increased desire for either mobile servicing or a vehicle collection and delivery service.

“Both will collect and deliver within their respective cities. Our number one operator offers this service from 6.30am to 8pm. As a result, they can be certain of fitting around a driver’s working day.”

Rose said the proportion of jobs posted requesting a mobile service doubled from 4% to 10% over the past three years.

“Consumers are experiencing increased levels of customer service and flexibility outside of automotive. If a car owner can get products delivered to their door within the hour via Amazon Prime, or can pick an outfit online at lunchtime and be wearing it that evening, it’s hardly surprising that having their car collected or fixed remotely is more appealing than driving to a dealership or garage,” he said.

Customers are not motivated solely by price

“When it comes to choosing a garage, reputation far outweighs price,” said Rose. “Reputation is the most important factor for 57.5% of people, versus the 23% who claimed price was their number one priority.

“Garages with the highest feedback scores and review volume close the most business – even if their prices are higher than the other quoting outlets. Across all of our repair data, the winning quote was just 6% lower than the average for that repair type.”

This should send a further signal to dealerships to look at the visibility of their business online and how it is perceived by customers.

‘Talking to customers is increasing our service accuracy’ 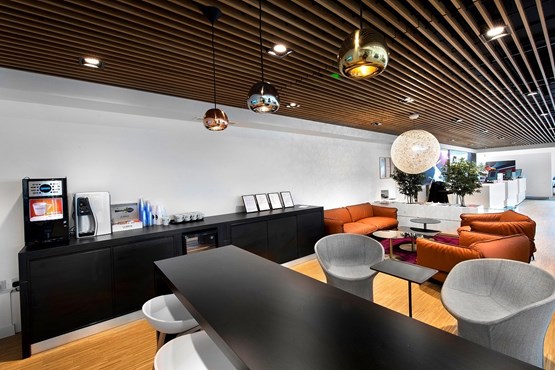 Volvo has been rolling out its Volvo Personal Service initiative for its network for the past two years.

The idea is to improve customer service and efficiency. There are now 21 dealers committed to VPS, with the remaining 30 dealers in the Volvo network expected to be complete, or on the way by 2018.

David Baddeley, Volvo Cars UK customer service director, said: “The network has been very supportive. It’s not without its challenges, implementing this level of change.”

The results have seen “right-first time” percentage go from 87% to 90% on average for dealers running VPS. There has also been a 7.5% increase in productivity within the aftersales departments.

Mill North East’s Volvo dealership in Newcastle has been running VPS for two years and is “the most advanced” of the 21 dealers that have taken on the initiative. It’s right-first-time rate is 96%.

Baddeley said: “One of the most annoying things for technicians is incorrect or inaccurate information on the job card.

“It’s really helped with bottlenecks. One of our major goals is to be respectful of people’s time ” David Baddeley, Volvo Cars UK

“Because they are talking to customers, it’s increasing that accuracy. Having two minds working on a car also helps problem-solving as they can bounce ideas off each other.”

Customers are also embracing the change. Due to the ability for two techs on a car to reduce a main service time from over an hour to as quick as 30 minutes, more customers are waiting while work is carried out.

Baddeley said: “Part of that is customers feeling comfortable in our new lounge concept. Dealers that adopt VPS are generally incorporating it as part of their corporate identity upgrades.

“It means dealerships that are running VPS have gone from less than a quarter of their service work during the day being while-you-wait, to over half now.

“It’s really helped with the bottlenecks service departments face around 8am and 5.30pm. One of our major goals is to be respectful of people’s time. If we can complete what they’ve come in for in under an hour, that will actually be easier for them then arriving, leaving and then coming back later.”