Knights Group: Why we extended our working hours to 2am 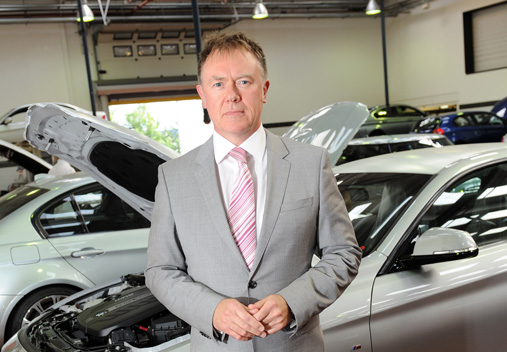 There is a wind of change blowing through dealerships, bringing with it a realisation that automotive retail has to follow trends that consumers now take for granted in other sectors.

The changes come in many guises, from the technological, such as using tablets and video cameras in the showroom, or online booking systems in the service department, to the human – employing people for attitude rather than car sales experience and a growing acceptance that old ways of working have to be shaped to fit the standards of service customers now expect from dealers.

Dealers’ ongoing outpourings of praise for retail giants such as Apple and John Lewis are the most public indication of this acceptance of their need to adapt to the changed marketplace.

While it may be small, Staffordshire-based Knights Group is punching above its weight in this drive to adapt. It is embracing new technology and working practices, not least in its workshops.

Two events helped to prompt the changes at Knights –  moving its principal dealership and head office several years ago to Radial Park in Stoke on Trent and the acquisition of part of Blue Bell Group earlier this year.

Ian Dow is aftersales director for Knights Group’s three sites. “We moved here seven years ago. And with a totally different working environment came increased customer expectations on what we could deliver,” he said. “We have everything here now BMW and Mini retail and corporate customers require.”

A bodyshop was added three years ago (the work had previously been sub-contracted) and there is also a tyre centre and smart repair operation. But for a separate service reception, aftersales is managed for both brands out of the BMW dealership.

Of the 50,000 service hours the group achieves, the Stoke site is targeted to do 20,000. It handles about 55 retail and warranty customers a day – half of which are fleet – and all the group’s new and used car internal vehicle preparation is carried out here.

A rise in sales volumes has meant all BMW stock (plus parts) is delivered at night. The impact on customers of  sometimes having four transporters on site at once was not acceptable to the group.

Bringing the motor trade into line with other retail sectors

The opportunities presented by the new site and the resultant increase in business led to a significant challenge for the business in 2014 – the need to change working hours.

It was much needed, said Dow: “When BMW announced it would like dealers to look at changing hours it was like a breath of fresh air for me.