Carshop is not letting the digital grass grow underfoot 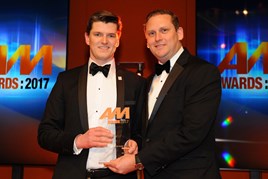 In the few months since CarShop won AM’s best website award, the car supermarket has not been standing still.

Its latest iteration was published in April and contained a number of enhancements.  One of the biggest was ‘elastic search’, allowing car buyers to find the car that best suits them by selecting from a range of features such as air-conditioning, Bluetooth, 18-inch alloy wheels and even colour rather than by make and model (although the traditional approach is still available).

CarShop’s marketing and IT director, Leo Nelson, explained: “This approach has been widely adopted by the hotel sector. It very quickly refines searches and narrows down the car search, eliminating those that don’t match the criteria.”

“The postcode is a unique piece of information which we can use for analysis.

“Even though we don’t know the person’s name, we can match up the information. Over time we will have the ability to see if certain channels or even keywords are driving traffic which converts.”

Other upgrades include an enhancement of the previous valuation tool, which CarShop uses for guaranteed car valuation.

As long as all the details of the self-appraisal process are correct and any damage or scratches declared, CarShop promises to stand by the online valuation.

Nelson said: “It will remove some of the friction in the sales process, which often occurs when valuations are based on certain assumptions including good condition and mileage and are invariably revised when the car is inspected on site.”

CarShop is working on a feature called ‘build my deal’, which will bring together the three parts of the car-buying journey – search, finance and part-exchange. It will include a secure customer log-in and the creation of a ‘MyCarShop’ account area. Nelson believes it will eventually be possible to complete the entire transaction in this space.

“The website is in a constant state of evolution. We continually optimise the experience our website offers by monitoring its performance – it is build, release and repeat.”

This year was the second time CarShop won the award. Its first win, two years ago, recognised its fully responsive design, but its latest incarnation is mobile-first.

Nelson said: “Around 75% of our web traffic comes from phones and tablets, so we designed our website with a mobile experience in mind.”

The strategy has been quick to pay off. Launched in August last year, visitors are up 18% year-on-year in the first quarter of 2017 compared with the same period in 2016.

“We are very focused on driving traffic, but we are also conscious that we attract good qualified leads,” said Nelson. “We want in-market car buyers to engage with the website and drive footfall to our stores.”

That also seems to be the case as used car enquiries are up 70% year-on-year, measured by criteria such as completing a finance quote or undertaking a web chat. The conversion rate has increased from 2.9% in quarter one in 2016 to 4.1% this year.

By combining the IT and marketing role, Nelson brings the elements together vital for maximising CarShop’s digital presence with roles as diverse as. The team of 19, which includes digital marketing practitioners, content specialists, social media executives, software developers and data analysts “gives us the agility we need”, said Nelson.

“We can go from concept to release in just a few weeks.”