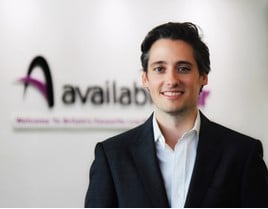 When Michael Bell took the chief executive’s chair of the family business, Available Car, in 2019, he could never have anticipated quite the baptism of fire that was coming.

Well past the 2016 peak of new car sales, his first year at the helm tackled used car stock challenges and continued work on Available Car’s digital infrastructure and IT investment.

And then 2020 became the year of coronavirus lockdowns and the biggest challenges for business leaders since the 2008 global economic collapse.

“It’s probably the most challenging 18 months we’ve ever had,” says Bell. “As a family we’ve been doing this for so long, but being thrust into the limelight, it was an interesting period.

Bell is a third-generation motor retailer. His father, Graham, founded Available Car near Derby in 2001, and his grandfather William Vernon Ford diversified from dairy farming into car sales in 1959, in Cheshire, to create what became today’s two-site Fords of Winsford car supermarket group.

Graham, still chairman of Available Car and a shareholder in Fords of Winsford, which is run by Bell’s uncle Paul Ford, now leaves day-to-day operations to the respective management teams.

But he’s far from distant, and still attends board meetings to help shape the strategy when he’s not on his farm in Yorkshire.

“As long as I can deliver the results for him, he doesn’t need to get involved too much,” Bell says.

“The dynamics of a father-son relationship mean, I believe, I get scrutinised more than anyone else, but I wouldn’t have it any other way. That helps you strive to be better. And we know how to separate work from business in the 20 years I’ve been working with him.”

In 2019, Available Car invested in technology across the business, including a new website with increased functionality, workshop equipment, a Traka vehicle/key tracking system and a new dealer management system, Drive, from Keyloop.

While it seemed externally that it was business as usual, the behind-the-scenes work on adoption and integration kept the management team busy.

Technology will support the company’s efficiency drive, but a customer should notice very little.

“The ethos has always been about family and customer, about looking after the people that come through the door. Our core values have stayed the same.

“The differences are some slight changes in the flow for the customer, to make the customer journey smoother and to try to remove as much paperwork as possible. We’re not fully there yet, but we’re on that journey. Our utopia is that the consumer can have the experience they want.”

An example is integrating the vehicle tracker into its website, so a customer can speedily find the car they’re interested in once they’re on the premises. Doing so smooths the customer’s experience and also helps make the staff more efficient.

His aim is for customers who want a quick journey to be able to self-serve and self-collect as they desire, but in a personal way, and those who prefer to spend an afternoon test-driving several cars before making a decision to get the support they need on-site too.

That desire for efficiency also applies to back-of-house processes. “We want to touch the car as few times as possible, move the car as little as possible. Each moment we waste means we can’t get another car through the system,” says Bell.

With consumer demand strong, how effectively a business buys, prepares and markets its cars is crucial. 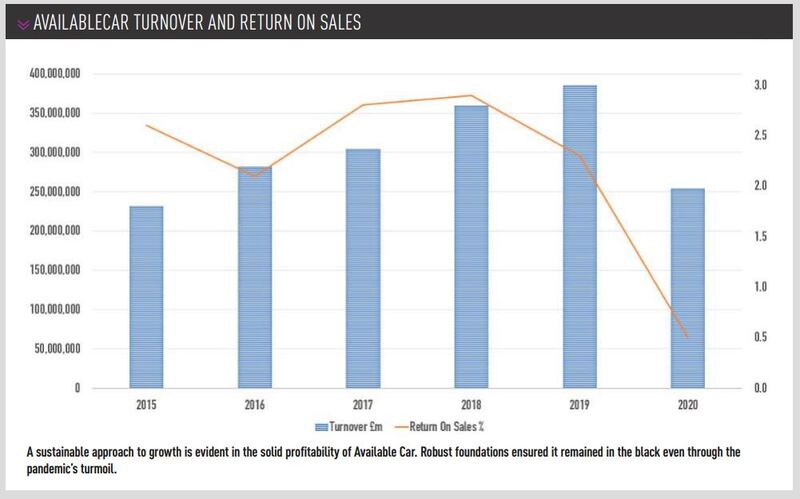 Bell has put much focus on vehicle preparation as part of Available Car’s growth strategy for the coming year, adding “we all know we can only sell as many cars as we can prep”.

Currently, each of its car supermarkets has its own prep centre, with numerous inspection ramps, paint booths, SMART repair facilities and valeting bays.

“We have always built the sites to be self-sufficient, to maintain the quality standards within that site and to remove some of the logistical challenges,” he says.

In the pipeline is a larger ‘prep factory’ at the group’s Cannock site, which will expand in the medium term from 15 acres to 22 acres to become the largest car supermarket north of London.

Its new workshop will then be capable of preparing 800-to-1,000 cars per week for that branch. He says: “There’s a lot of work to get done to gear up for that, but it’s a couple of years project, so we’ll get there.”

Among the advantages of on-site prep are that a customer can look at the car from day one, he says, plus it negates the risk of damage during transport and the cost of repeated vehicle movements.

“Stock turn is critical. With every car we buy from auction, from the day we own it, it goes on sale and the customer can buy it,” says Bell.

A customer may see a vehicle before it has gone through the preparation centre, but he says he is not afraid to show the refurbishment that Available Car does with its stock.

In fact, its website dedicates a whole page to telling consumers about its multi-point vehicle inspection, repairs to upholstery and bodywork imperfections, and that its inspection reports are available to view. Any car with less than six months’ MOT will get a fresh test.

And, when volumes of used electric vehicles (EVs) increase, the website will also educate customers about the real practicalities of EVs, including their lower running costs which help to counter the higher purchase price, says the Audi e-tron-driving Bell, whose wife is the beauty vlogger and influencer Fleur De Force.

Transparency for staff is also important for the business. It conducts regular anonymised surveys to monitor their satisfaction. Available Car also has an uncapped profit-related pay scheme, which pays out in time for Christmas, because the Bell family wants the staff to do well when the business does well.

Bell says the management team is considering taking the commission structure out of the showroom in the long term. He wants staff to explain the products and benefits, but not push them onto customers or feel driven to sell any particular thing.

“It will be interesting to see how well we succeed with it, and, hopefully, the industry will follow in the long-term, because I think that not everyone needs to be targeted by daily or weekly standards,” says Bell.

Good performance over a prolonged period can be rewarded, he says, and that brings more stability and consistency to employees as they’ll know what will be in their pay.

Individuals are paid a good basic salary, and receive a review against a performance ladder every six months. They’ll sit within a certain bracket in that ladder, which determines how their bonus is calculated.

It’s a start towards removing commission from the business. 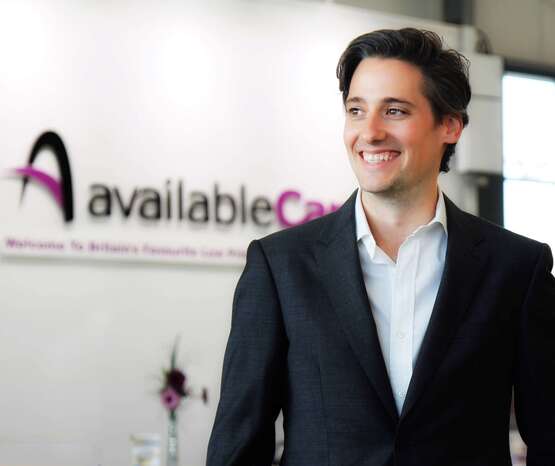 Management infrastructure and training is vital in supporting this transition. Available Car’s policy is for managers to oversee no more than six-to-eight direct reports, so they can support their team properly and spend time coaching each individual to give their best.

Modern companies such as Netflix and Apple have shown that staff motivation doesn’t have to be all about more money, says Bell; other incentives, a nice work environment, career development and a better work/life balance are all things people want.

“It’s for us as an industry to learn how we can get the best out of that going forward and it will help staff retention and, certainly, diversity,” he adds.

An attitude of ‘that’s just how we do it’ won’t cut it any more and, although people are still needed in dealerships, that shouldn’t prevent flexible solutions being found for the long-term benefit of the industry, he says.

“We sometimes get a bad rep and I don’t think it’s just. Colleagues in the industry are all working on similar things, that right ethos, to move forward.

“Hopefully, as we promote that long-term, the industry will get the reputation it deserves. It’s a great employer, looking after a lot of people and families. The old archetypal Arthur Daley is not really around anymore.”

Available Car has expanded into a new site roughly every five years since it began at Castle Donington near Derby – the last time being a 2015 takeover of a 11.5 acre site in Leeds which was previously part of the collapsed CarCraft group.

Asked whether the company will acquire again soon, Bell said those previous deals were great opportunities at the right time, but, for now, its focus is on the Cannock expansion and organic sales growth.

“We don’t need 75 sites across the country. We firmly believe anyone should be able to experience Available Car, but in a sustainable way.”

By expanding its existing sites Available Car has grown efficiently to increase its sales opportunities in its core area, he said, and it remains controllable – crucial for a business that promises high standards. The internet will help ensure within the next decade or so that any UK customer who wants to buy a vehicle from Available Car can do so.

He says 2020 was a difficult year for a business which thrives on footfall through its doors and which has a high proportion of elderly customers who still feared venturing out between lockdowns due to the threat of coronavirus.

Although it adapted quickly to online sales and collection or delivery, revenues fell by a third to £254 million and pre-tax profits crashed 86%, although the group stayed in the black with £1.2m pre-tax profit.

Bell expects 2022 to surpass its 2019 figures, putting the business back firmly into growth.

“You can get obsessed with units and numbers rather than we’re all in it to make a bit of profit and look after everyone. If I burn everyone out, we’d get a great year, but then crash. We want long-term growth.”