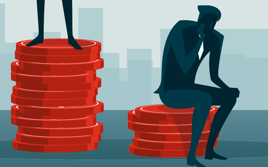 Car dealerships are facing a double whammy of rising overheads and diminishing consumer finances after the Bank of England (BoE) further increased interest rates to 1%.

Fears have been raised that the bank’s 2022 interventions will put even greater pressure on struggling households as inflation, which climbed 7% in the year to March, and energy bills continue to skyrocket.

These pressures on the pocket will likely result in a sharp decline in consumer spending as tax increases and inflation start to eat into wages.

At the same time, dealers are having to contend with their own rising energy bills and global supply chain disruption, exacerbated by the conflict in Ukraine.

Finance houses have also been increasing their interest rates, with new deals attracting higher annual percentage rates (APRs) due to the expectations of the market.

Worse still, where new cars have been ordered, but the finance hasn’t been locked in, the buyer is potentially exposed to further APR rises, driven by the possibility of yet further interventions from the BoE.

So, what can dealers do to ensure they remain competitive, particularly when consumers can shop around so easily online for their vehicles and finance?

Partner and automotive manufacturing specialist at RSM UK Richard Bartlett-Rawlings says the interest rate rises will impact some dealers more than others.

“One means of ensuring competitiveness is through working with finance providers that are specialists in the automotive industry and able to effectively model residual value,” says Bartlett Rawlings. “This has a significant impact on the costs to the end-consumer and, therefore, ability to sell stock.”

Evolution Funding sales director Keith Bell takes a different view. He believes the interest rate rise won’t change dealer’s underlying competitiveness because, eventually, all lenders will have to adjust their rates to fall in line with the costs of funds’ increases.

Rather, Bell says, dealers lose their competitiveness by using the wrong pricing format. 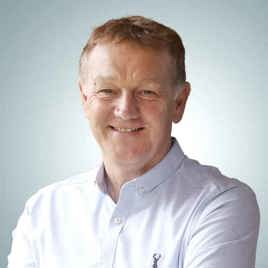 “The best way for a dealer to be confident in their competitiveness without reducing income potential is through a genuine credit score-based pricing product,” he says.

“It’s the only way to ensure a dealer’s customers get the APR they deserve and expect, and they shouldn’t kid themselves because their higher scoring customers already know what they can get elsewhere before they’ve even had the opportunity to quote them.

“I always say to dealers if their used car acceptance rate is 50%, then the 50% they’re missing are not the mid-to-low scoring customers – the ones not taking finance are high-scoring customers who all knew they could get a better APR elsewhere.”

Online finance can also affect the traditional conversations over a vehicle’s price, with discounts for the consumer harder to secure as dealers aim for maximum margin.

“The current market for cars – new or used – will see little, if any, haggling on price,” says Bartlett-Rawlings. “Demand remains strong and, therefore, there is little customer power in the market currently.

“New car finance attracts significant manufacturer contributions, which can reduce the overall cost of funding the vehicle and make it attractive to change to a new car.

“Financial Conduct Authority (FCA) changes to the commission models for automotive finance products have seen a move towards flat rate finance which, ordinarily, will be more expensive than variable risk-based finance, where the rate is based on the individual customer’s credit risk.

“This could present a problem to those who offer fixed-rate interest, as it may see them becoming more attractive to those with a lower credit score who cannot obtain better rates through a variable credit risk model.”

As new car lead times continue to increase to many months from order to build and then delivery, so finance houses are having to hedge against further interest rate rises which may impact the deal.

But, this also requires having to carefully co-ordinate any pricing changes with their brokers.

Bell says that, as a broker, his company has to follow the policies of individual lenders.

But, he adds, that due to the size of its relationships with the main lenders, he tends to get sufficient notice of any future pricing changes.

“This is because they understand we have to co-ordinate pricing across multiple lenders, and that can’t be done in the space of a couple of weeks,” says Bell.

“That helps us to manage the pipeline carefully and we also have the option to move the deal to an alternative lender to retain the original customer APR if we really need to.” 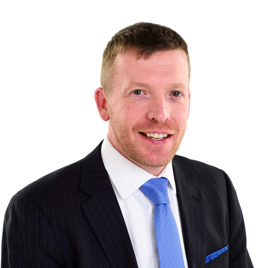 “Should rates rise significantly, to offset inflationary economic pressures, this will most likely push more volumes to the captive finance houses,” says Bartlett-Rawlings.

“This will be further exacerbated by the cost-of-living crisis, which will result in variable rate products offering higher rates to consumers due to the knock-on effect on affordability and individuals’ credit ratings.

“It is likely we will start seeing finance houses holding back from fixing in rates at date of order and offering rates only on completion, resulting in consumers either taking the rate offered on delivery or pulling out of the sale completely as it is no longer affordable. 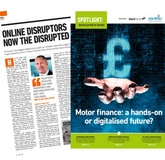 Finance digitalisation explored in new AM magazine, plus AM Awards winners

Finance digitalisation explored in new AM magazine, plus AM Awards winners